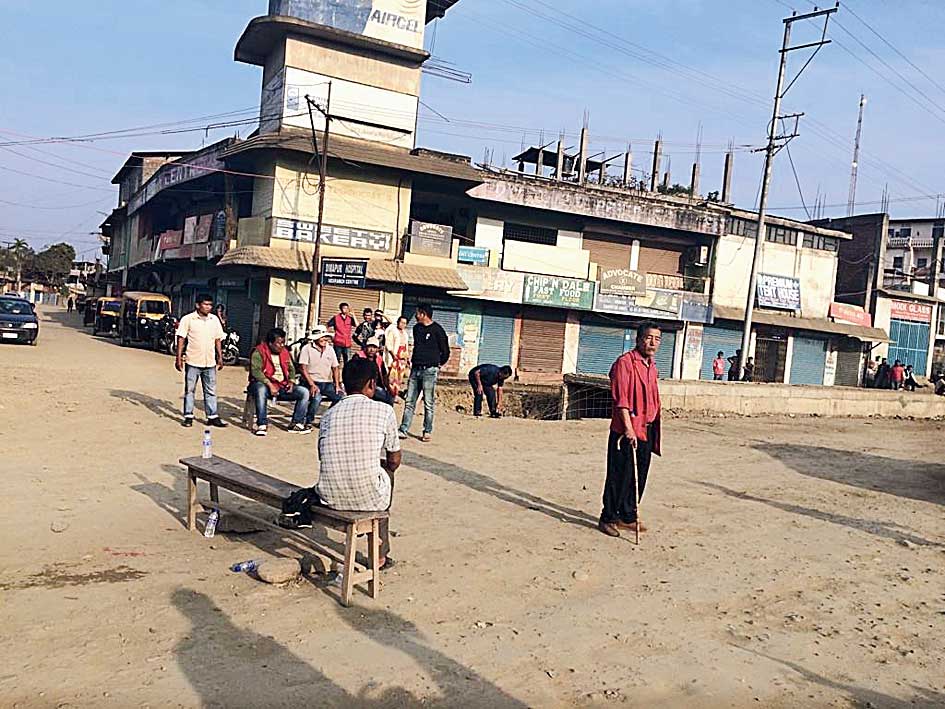 The joint coordination committee of tribal hohos, civil organisations and indigenous groups of Nagaland on Thursday expressed happiness at the response to the February 11 shutdown against the Citizenship (Amendment) Bill, 2019, which they claimed had “saved” the face of the state government.

The committee said in a release that the state government should be thankful to the organisations which spearheaded the agitation against the bill for “saving its face and the destiny and the future of the people of the Northeast.”

Expressing “fullest appreciation” to the citizens of Nagaland for the peaceful conduct of the February 11 statewide shutdown, it said the state’s people have “saved” the face of the state government.

The committee said it does not want to take potshots at any entity but as far as the bill was concerned, mere appeals without the backing of street protests and agitations in the Northeast region would have ensured the easy passage of the bill in the Rajya Sabha. Despite this “moral victory”, the committee, however, said it would continue to closely monitor the situation as “entrusted” and “mandated”.

The success of the bandh made it loud and clear to the northeastern states and the Centre that the Naga public totally opposed the bill, the committee said.

It was only because of public protests and mobilisation of people’s support in Manipur, Assam, Tripura, Mizoram, Nagaland, Arunachal and Meghalaya, after the spectre of revolt and secession in Assam and Mizoram had been raised, that “the most controversial bill in independent India” got stalled in the Rajya Sabha, the committee said.

“By abstaining from voting on an important issue that could have an impact on future of the Nagas, Yepthomi has lost moral right to represent the Naga people,” the NPF said in a release.

The NPF alleged the MP had “gambled” the fate of Nagas when he should have opposed the bill tooth and nail in Parliament. Responding to accusations in Nagaland that he had voted for the bill on January 8, Yepthomi on Tuesday issued a statement, saying he did not vote as he was in Zunheboto for a meeting.

“How can a member of the Lok Sabha who represents the whole Naga populace, fail to be on the war front for his people in the most-trying times?” the NPF asked.

The Opposition party sought to know what took the Yepthomi so long to come out and reveal his stand on the issue. It said the MP is expected to brief and consult people on crucial matters and be present in Parliament to fight for the Nagas.

“No amount of justification can undo the damage done,” the NPF said.

“The MP has lost all moral rights to represent the Naga people and the state due to his poor performance and hypocritical role on the citizenship bill issue with an intention to sell out future of the Nagas to our adversaries,” the NPF said.

Survival Nagaland, a pressure group that keeps a check on illegal immigrants into the state, also criticised the state’s lone Lok Sabha MP for refraining from voting against the bill last month. It also criticised the Centre for going ahead with the citizenship bill despite protests by people of the Northeast.

“Being an elected MP Yepthomi’s job is to be in Delhi defending our rights. He should not have escaped from Parliament’s session when a very important bill was taken up for voting,” Lotha said, adding: “Abstaining itself is a form of support to the bill.” Lotha was all praise for Opposition leader T.R. Zeliang for his stand on the bill.