The bandh began on Tuesday after some All Tribal Students Union Manipur leaders, including its president were arrested 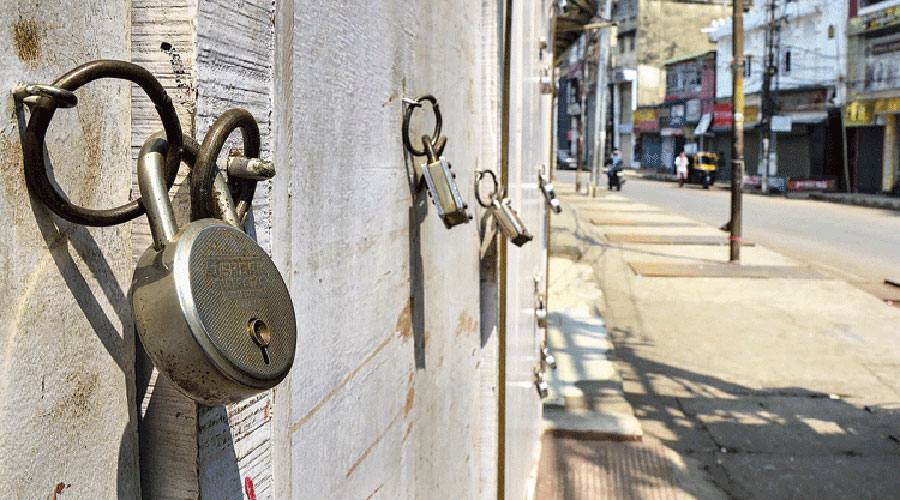 Normal traffic along Imphal-Dimapur (NH-2) and Imphal-Jiribam (NH37) highways in Manipur was hit on Thursday in the 24-hour shutdown called in the hill areas of the state by students body ATSUM and supported by other tribal students unions demanding tabling of the Manipur (Hill Areas) Autonomous District Council Bill, 2021 in the state Assembly.

The bandh practically began on Tuesday after some All Tribal Students Union Manipur (ATSUM) leaders, including its president were arrested that day.

The shutdown began at 6 pm on Wednesday and minimal attendance was reported in government offices and educational institutions remained closed in Ukhrul and Senapati districts the next day.

In Kangpokpi district, the Kuki Students Organization, which is spearheading the shutdown there, only allowed passengers who have medical emergencies to pass the highway after checking the records concerned. They prevented goods laden trucks coming from Guwahati from moving to Imphal.

At Churachandpur, police arrested five leaders of Young Paite Association (YPA) after they were found to be government employees.

Churachandpur Superintendent of Police in a letter to the Principal Secretary (Home) informed that on going through the YPA member list, it was found that some members were government employees and had supported ATSUM's "unlawful activity".

The Chief Judicial Magistrate, Imphal West had remanded five leaders of ATSUM to four days' police custody on the charge of conspiring to impose economic blockade in the hill districts of the state.

The student leaders had said in a statement that an MoU was signed by the state government and ATSUM that the Bill will be tabled and discussed in the winter session of the Assembly in 2022.

"The govt failed to abide by the pact," it said, adding other forms of intense agitation would be taken up after the bandh.

Reminder to Modi on Naga peace