Yasser Jilani of Muslim Rashtriya Manch, an associate organisation of the Rashtriya Swayamsevak Sangh, all but questioned the relevance of All Assam Students' Union as a representative of the Assamese people and urged the people to have faith in chief minister Sarbananda Sonowal. 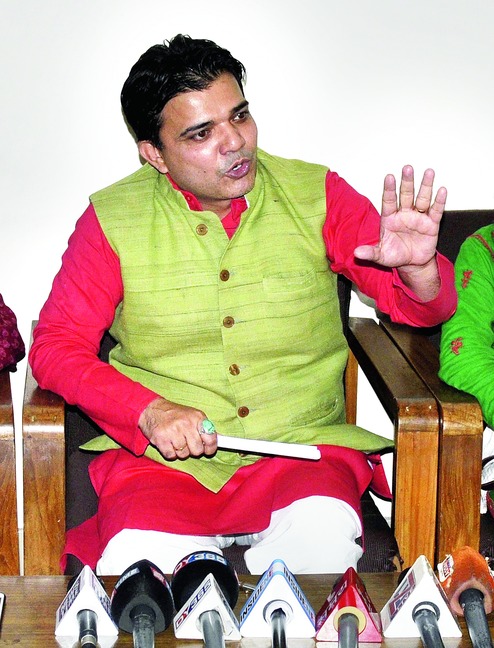 Guwahati: Yasser Jilani of Muslim Rashtriya Manch, an associate organisation of the Rashtriya Swayamsevak Sangh, all but questioned the relevance of All Assam Students' Union as a representative of the Assamese people and urged the people to have faith in chief minister Sarbananda Sonowal.

The media-in-charge of the organisation was speaking to reporters here on Wednesday afternoon.

Jilani said, "Some people are bent on creating trouble and have spread misinformation on the citizenship bill. A few so-called regional organisations are working against the interests of the people of Assam. People like Akhil Gogoi are challenging the government. Gogoi has no faith in the law or the judiciary. Student organisations like AASU take up issues that are uppermost in the minds of the people. They are aggressive and charge up the atmosphere. Instead of listening to them, people should listen to and have faith in chief minister Sarbananda Sonowal."

Jilani toed the line of the central government on the citizenship bill and urged patience till June 30, when the final draft NRC will be published.

"The government has pledged that those who entered India before 1971 will be Indians. I urge everyone to be patient and wait till June 30, after which we will make our stand clear. We want the cooperation of the people. I am sure a good atmosphere will prevail in the state," Jilani said.

"Assamese people are known for their spirit of brotherhood. But some fringe elements are playing with their sentiments through false propaganda. Everyone has the right to speak out but it should be with reason. There should not be breach of peace," he said.

"We want to assure the people that the government will not take any action that is detrimental to the interest of the people. The government is working to resolve all issues to the satisfaction of all," he added.

AASU general secretary Lurin Jyoti Gogoi said, "Jilani has questioned the relevance of AASU and our agitation against the citizenship bill. He is the representative of a communal organisation with no knowledge of our identity or history. Let Jilani ask the chief minister about us. We need not be concerned about the statement of such a person."