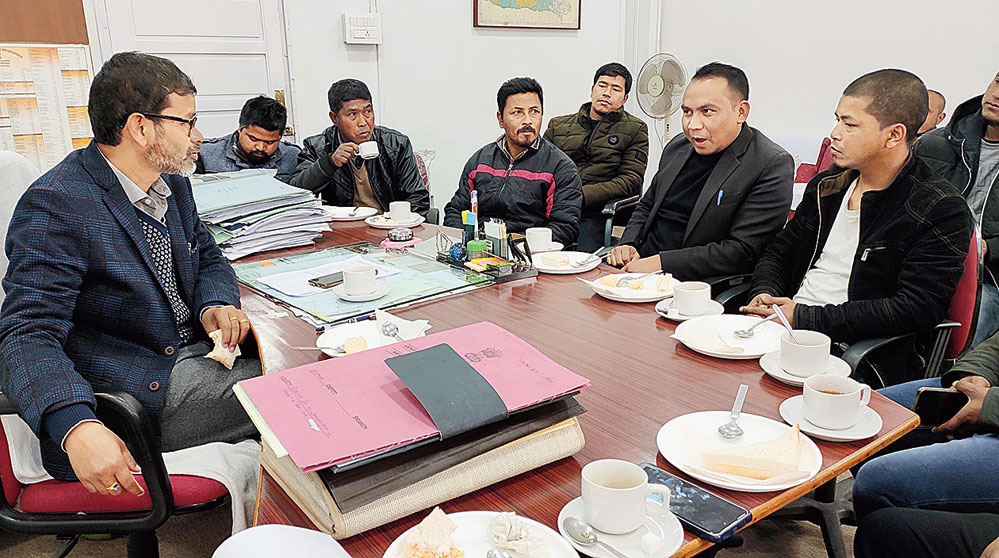 Meghalaya home minister Lahkmen Rymbui on Thursday said he would review the strength of the directorate of anti-infiltration and asked the organisation carrying out an “outsider”-checking drive not to continue further as the state government was not sitting idle on the influx issue.

Rymbui met a delegation of Confederation of Meghalaya Social Organisation (CoMSO), that deployed volunteers on Wednesday in a bid to assist police at various anti-infiltration check gates, especially along the inter-state and international borders, in order to detect illegal immigrants entering without valid documents.

CoMSO volunteers undertook the drive in protest against the Centre’s delay to implement inner-line permit (ILP) in Meghalaya.

Rymbui told reporters that he had asked the organisation to call off the checking, as people may take advantage and create unnecessary law-and-order problem.

“The state government is not sitting idle in ensuring safety and security of the people. When the government has taken steps, they should not do it and we do not want anything that will affect law and order,” Rymbui said.

According to the minister, the CoMSO delegation told him that they were conducting the checking in the border areas.

Rymbui, however, said the government cannot allow anything that may lead to people taking the law into their hands.

On the demand to implement ILP in the state, Rymbui said it is the duty of the state government to engage with the Centre so that the permit system is implemented, but it cannot be done overnight.

Earlier, CoMSO said they would continue to assist the police at anti-infiltration checkgates.

CoMSO chairman Robertjune Kharjahrin said the volunteers would continue with the checking since the directorate of anti-infiltration does not have enough manpower. He also said it would conduct surprise checks in the coming days to see if the police are doing their duty at the anti-infiltration checkgates.

“We are not taking law into our hands by assisting the police at anti-infiltration checkgates,” Kharjahrin claimed, adding that the organisation was in no way involved in arson in Shillong on Wednesday evening.

Two vehicles, including a government one, were set ablaze in two different places here on Wednesday. Nobody has been arrested so far in connection with the incidents.