Kuki plea to PM on pact with NSCN-IM 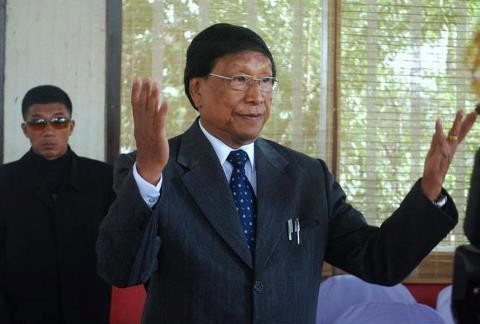 The Kuki Inpi Manipur (KIM), the apex body of the community, has urged Prime Minister Narendra Modi to “seriously consider” simultaneous settlement of Kuki and Naga “aspirations for self-governance” within the Union of India so as to rule out imminent “adverse” repercussions of a settlement between the Centre and the NSCN (I-M) that could affect Kuki-inhabited areas.

In a representation to Modi, the KIM said they have in memoranda submitted earlier to the Prime Minister made it very clear that the Framework Agreement should not infringe upon the Kuki-inhabited lands.

The Framework agreement was signed on August 3, 2015 between the National Socialist Council of Nagalim (I-M) and the Centre, based on which both parties would resolve the decades-old Naga political problem.

The KIM said five of the 16 Manipur districts — Chandel, Kangpokpi, Tengnoupal, Pherzawl and Churachandpur — are dominated by Kukis.

“Any attempt to pamper the NSCN (I-M) at the cost of Kuki ancestral land and without settling Kuki political demands will be considered a betrayal of Kuki aspirations and is likely to fuel violent reprisals,” the KIM memorandum said.

“The Kukis will accept any solution or agreement whatsoever made between the government of India and NSCN (I-M) if such agreement does not infringe on Kuki-inhabited areas and a similar political arrangement for self-governance of Kukis is accorded for Kuki territories,” the KIM said.

On Thursday, Manipur chief minister N. Biren Singh had said that the ongoing Naga peace process would not affect the territorial integrity of the state. He said the Centre would hear the views of the people of the state before finalising a peace deal.

The NSCN (I-M) and the Naga Students’ Federation, among others, celebrated the 74th ‘Independence Day’ on Friday.

In his message, NSCN (I-M) general secretary Th. Muivah, who is in Delhi, said, “Our forefathers fought back all invaders with total patriotic commitment in defence of our sovereign country — our people, land, history, identity, culture, politics and religion. They fought back the British imperialist forces with available arms for decades and finally declared our independence on August 14, 1947 on the eve of lapse of the British power.”

Muivah also said the Nagas will co-exist with India sharing sovereign powers as agreed in the Framework Agreement and defined in the competencies. “But they will not merge with India. We are not asking for Naga national flag and constitution from the Government of India. Recognise them or not, we have our own flag and constitution.”

Reiterating his commitment to a negotiated political solution, Muivah also said, “Taking the sovereign right of the Nagas and the security and commercial interests of India into account, we have condensed our discussions to the mutually agreed Framework Agreement and worked out competencies to be finalised. Indeed, the Nagas are for a political solution.”

Talks between the Centre and the outfit resumed this week after a brief period of uncertainty following strained ties between the NSCN (I-M) and the Centre’s interlocutor for the peace talks, R.N. Ravi, who is also the Nagaland governor.