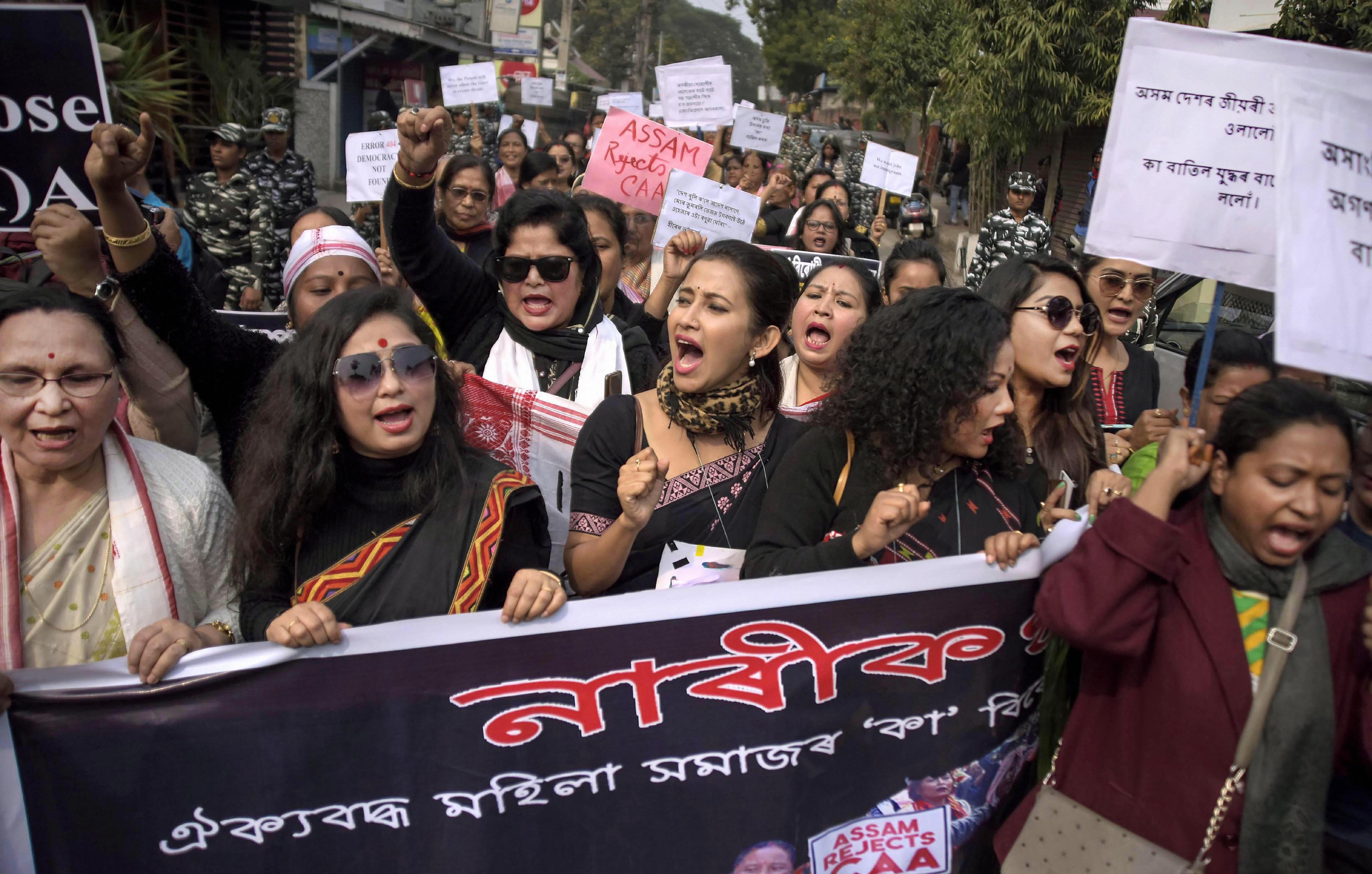 After arresting Sensowa from his house in Tingkong, the police produced him in court, which sent him to judicial custody. Later, KMSS’s women’s wing, Nari Mukti Sangram Samiti, laid siege to the jail here and residents of Tingkong blocked Rajgarh road, demanding his immediate release. The protesters also shouted slogans against the government. Traffic was disrupted for an hour after locals blocked the road.

KMSS Dibrugarh district secretary Hemanta Konwar said, “Sensowa was arrested for his participation in the anti-CAA movement. The government is imposing the CAA without the consent of the people. His arrest is a ploy to dislodge the anti-CAA movement. We condemn such act. We demand his immediate release because he has done nothing. We will continue our protest till the CAA is repealed.”

Sources said Sensowa was spearheading the anti-CAA movement in the district.

Konwar said members of self-help women’s groups in the area have decided not to repay loans taken from government-aided micro finance companies till KMSS leaders are released. He “condemned the arrest of KMSS leaders”.

The first KMSS leader to be arrested in police crackdown on CAA protesters was Akhil Gogoi in Jorhat on December 12. He was arrested as a preventive measure amid protests against CAA. On December 13, Guwahati police registered a suo moto case against him. The case was handed over to National Investigation Agency (NIA) on December 14. The NIA booked him under the Unlawful Activities (Prevention) Act (UAPA).