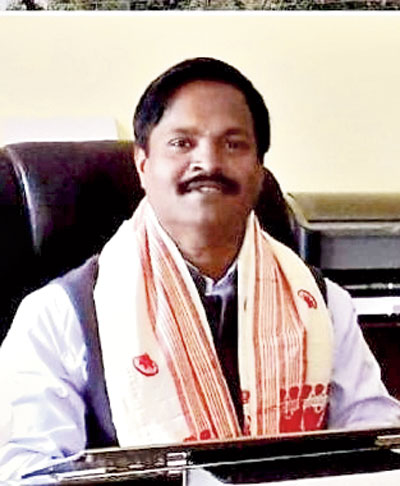 The new director of Kaziranga National Park, Periyasami Sivakumar, on Wednesday said community development in the fringe areas was a must for the future of the park.

“The community members in the fringe areas of Kaziranga National Park are directly associated with development of the park. The villagers must co-operate with the park authority to curb any activities that are against the park,” Sivakumar, a senior Indian Forest Service (IFS) officer, said during an exclusive interview with The Telegraph.

Sivakumar said he would give priority to the development of the community members in the fringe villages of the park for the betterment of conservation efforts.

Hoping for a big success story of Kaziranga, the director said the rhino poaching would end if the villagers co-operate with the park authority. “A section of community members gives shelter to the poachers in lieu of money. So, the community members must be provided effective livelihood,” he added.

“A programme will be held in a nearby village on Thursday where the farmers will be provided basic training and aid for better cultivation,” Sivakumar said.

A graduate from Mettupalayam Forest College and Research Institute, Tamil Nadu, Sivakumar joined the IFS as an officer from the Assam-Meghalaya cadre.

Sivakumar took over as the director from Akashdeep Baruah.