The two-day event will include exhibitions, musical nights and performances by folk teams 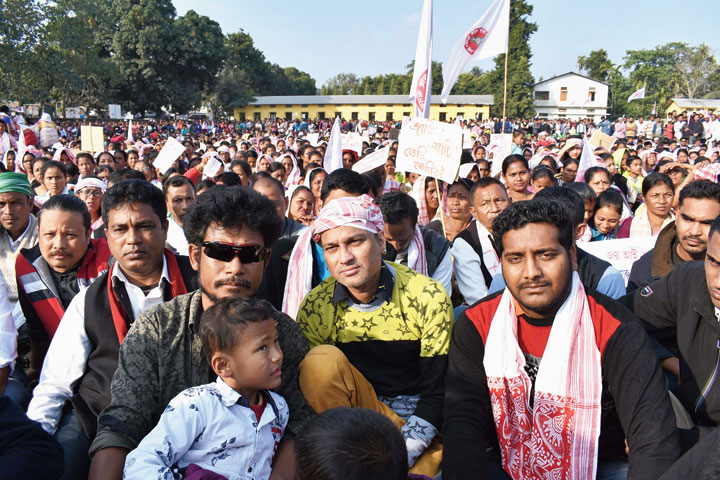 One of the largest cultural extravaganzas of Assam, the Kalaguru Sangeet Mahotsav 2020, will be organised on the Tangla High School playground in Tangla town of Udalguri district on January 30 and 31.

Popular singer Zubeen Garg announced the event at an anti-Citizenship (Amendment) Act rally, organised by the All Assam Students’ Union and the artistes’ fraternity of Assam, on the school playground on Thursday.

National School of Drama graduate and actor Pabitra Rabha, also a close associate of Zubeen, said: “Every year, this music festival is organised by Zubeen. This year, the people of Tangla, the business and educational township of Udalguri district, will host the event to pay homage to legendary personality, Kalaguru Bishnu Prasad Rabha.”

“Though the programme schedule is yet to be prepared, we have chalked out plans to hold seminars on the life and history of Kalaguru and other legendary singers of Assam and their contributions to preserve the rich heritage of the state,” he added.

The two-day event will include exhibitions, musical nights and performances by folk teams representing diverse ethnic communities of the Northeast.

A life-size statue of the Kalaguru will be erected in Tangla town ahead of the event.

Bishnu Prasad Rabha was a pioneer of Assamese music and art. A legendary Assamese poet, music composer and writer and a doyen of art, he is revered by the people of the state as Kalaguru.