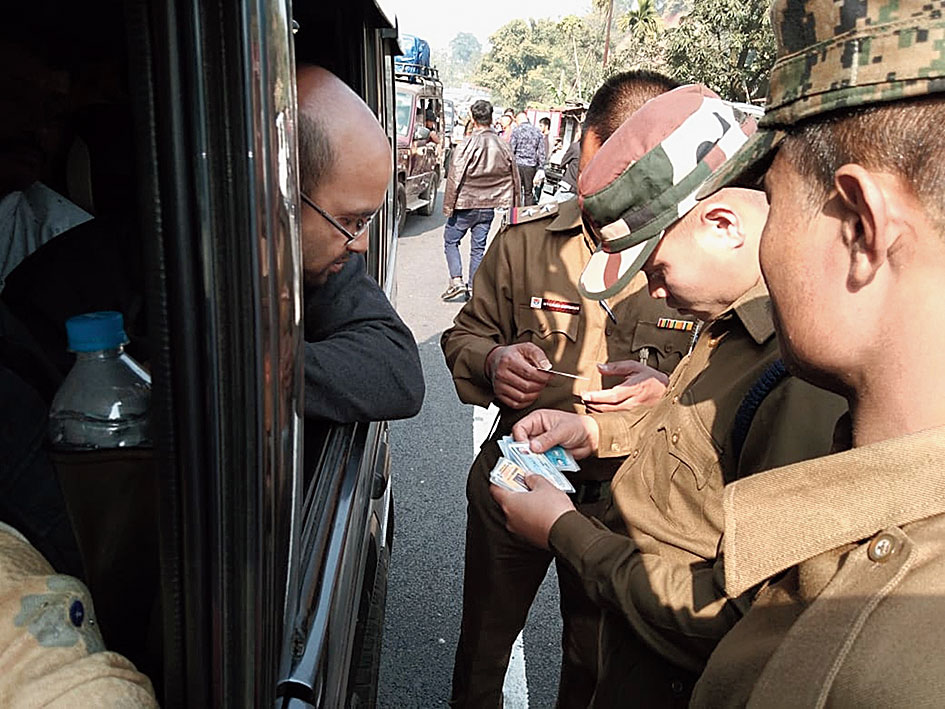 The Confederation of Meghalaya Social Organisations (COMSO) began to “implement” the inner-line permit (ILP) on Wednesday by conducting checks on those “outsiders” who were entering the state.

In the Northeast, the permit system does not apply to Meghalaya, Tripura, and Assam while citizens require a permit to visit the rest of the states of the region.

The ILP is a travel document issued by a state government to allow inward travel of an Indian citizen into a protected area. Citizens outside an ILP-protected state must get a permit before entering it.

“We started implementing the ILP on Wednesday by checking on those who were entering Meghalaya. The checking was carried out across the state. Our volunteers, at many places, worked together with the state police in carrying out checks. In Nongstoin and West Khasi Hills, checks were conducted at workplaces,” confederation vice-chairman Lamphrang Kharbani said.

Kharbani said those people who were unable to produce “documents” to “prove” their Indian citizenship were not allowed to enter the state.

“For those with valid documents, we sought information as to their purpose of visit, their place of stay and the duration of their stay,” he said.

However, till the filing of this report, he was unable to provide figures as to how many people were checked and sent back.

While thanking the police personnel of the anti-infiltration department, the confederation said it would continue to conduct such checks till the Centre agrees to implement ILP in the entire state.

The confederation will be meeting newly-appointed home minister Lahkmen Rymbui on Thursday where the ongoing checking is likely to be discussed.

It has been nearly two months since the Meghalaya Assembly had passed a unanimous resolution asking the Centre to implement the ILP in the state as per the provisions of the Bengal Eastern Frontier Regulation, 1873.

The demand for the ILP system gained momentum following the enactment of the Citizenship (Amendment) Act, 2019 and the ease in which Manipur was brought under the permit regime.

A delegation from Meghalaya is expected to meet Union home minister Amit Shah to discuss the ILP demand soon.

In the last meeting with chief minister Conrad K. Sangma, Shah had agreed to meet with the delegation after completion of the Delhi Assembly elections. However, in the meeting with Conrad, no commitment was given whether the Centre would agree to implement the ILP in Meghalaya.