Indefinite curfew in Imphal to tackle stir against citizenship bill 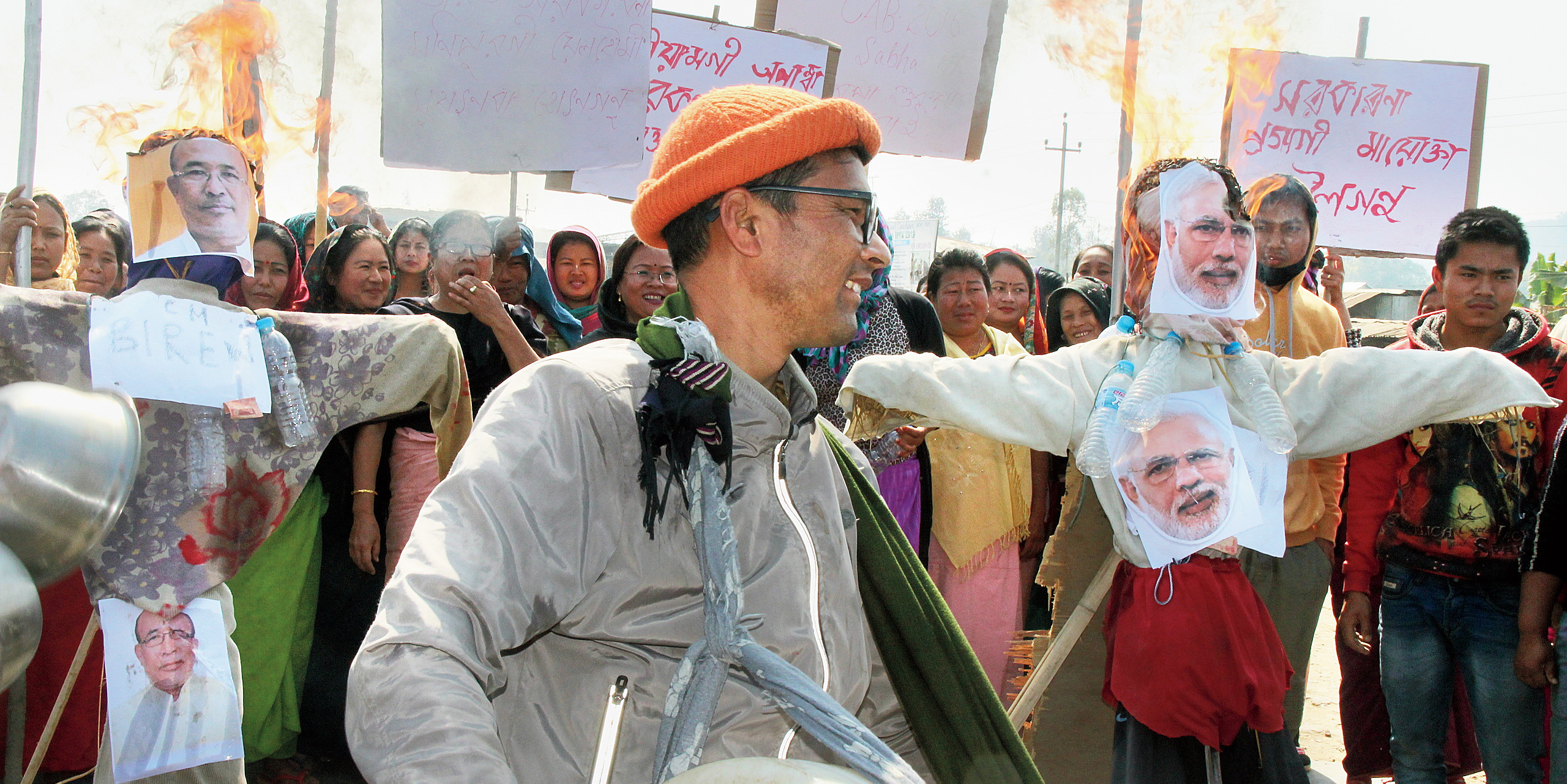 Prohibitory orders have been issued in Imphal East and Imphal West districts in Manipur for an indefinite period in view of the continued protests against the Citizenship (Amendment) Bill, 2019.

Curfew under Section 144 CrPC was imposed by the district magistrates of Imphal East and Imphal West on Monday night. Mobile Internet services have also been suspended till Saturday. The state government has also ordered cable operators to stop the local news service.

The protest was organised under the Manipur People Against Citizenship Amendment Bill, 2016, a core committee of 72 civil society organisations.

A group of students and people holding black flags, after burning the effigies at Takhel Leikai, marched semi-nude towards the city centre. Police fired tear gas shells and mock bombs to disperse them. A woman was injured during a scuffle between protesters and the police at Kyamgei.

Sit-ins were staged in different parts of the city, including by women vendors at Khwairamband Ima Market, and at Lamlong Bazar. Students of Jawaharlal Nehru Institute of Medical Sciences also staged a sit-in.

Passengers who landed at Imphal airport were stranded owing to the curfew. In the evening, the passengers were transported till the city centre.

Police have installed barricades in Khoyathong and Chingmeirong roads leading to the Assembly, near Raj Bhavan and the chief minister’s bungalow and at Moirangkhom, Keishampat, Hatta Minuthong and Kangla gate, among others. A large number of security personnel have been deployed along the roads.

Athouba appealed to the people to continue the agitation till the bill is scrapped.