They were arrested by the police on the basis of separate FIRs filed by BJP general secretary P. Premananda Meitei and vice-president Usham Deben 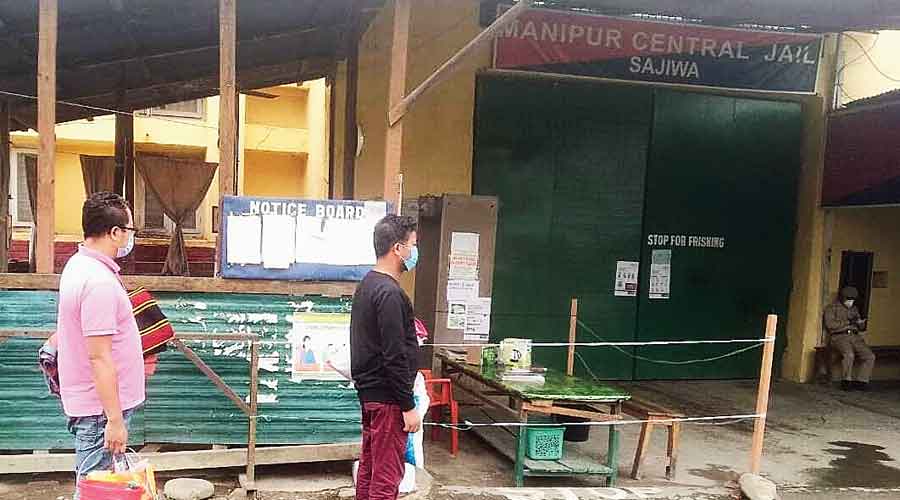 An Imphal-based journalist and a social activist, arrested on May 13 for their social media posts that took a jibe at cow dung and cow urine being offered as a cure for coronavirus, have been booked under the National Security Act “within minutes” of securing bail.

They were booked under Sections 153A and 505(b)(2) of the Indian Penal Code (IPC) that deal with promoting enmity between groups and making a statement with an intent to incite and cause mischief, respectively.

The court of the chief judicial magistrate, which had on Friday remanded the duo in police custody for four days in  police custody, granted them bail on certain conditions on Monday evening.

CJM Y. Somorjit Singh  had observed: “On perusal of the materials available before me it is seen that the Facebook post made by the accused, even though it didn’t name any person, seems to indicate that it was directed to the deceased Professor S. Tikendra, president of BJP.”

The CJM further said: “The said post made by the accused person is irresponsible and insensitive and the same may hurt the sentiments of the family of the deceased and others who are near and dear ones to the deceased.”

Erendro’s Facebook post in English had said: “The cure for Corona is not cow dung & cow urine. The cure is science & common sense. Professor ji RIP.”

Rejecting the plea for their arrest, the CJM court granted the duo bail on the execution of PR (personal recognisance) bond of Rs 50,000 with a surety of like amount, that they will not commit a similar offence in the future, that they will not leave Manipur without prior permission of the court till the trial is over and will make themselves available for questioning as and when required by the investigation officer.

However, the court relief was short-lived.

Imphal West district magistrate T. Kirankumar, exercising the powers conferred under sub-section 3 of Section 3 of the National Security Act, 1980, directed that both the journalist and the activist, already in police custody, be detained until further orders as and when they are released on bail, because he was satisfied with the police report against the duo that they would resume activities prejudicial to the security of the state and the maintenance of public order.

The police had pleaded that the duo be prevented from commission of prejudicial activities through an alternative preventive measure.

Wangkhem’s counsel Chongtham Victor told The Telegraph that he had contended in the CJM court that the complaint was made on a flimsy and baseless point and it was a politically motivated complaint. “Prima facie a case is not made out. It is further submitted that the particular word ‘Rashikang Kangyet’ does not refer to a particular person and hence the apprehension of the complainant is baseless.”

“Within minutes of the court granting them bail, they were booked under the NSA. We will now formally move the Union home ministry and state home department requesting their release. If we don’t get a positive response we will move the high court. The duo were sent to judicial custody on Tuesday morning,” Victor said.

The posts made by the duo seem to be a reaction to a video which was shared widely showing men in Ahmedabad using cow dung and urine as a cure against the coronavirus that has wreaked havoc across India.

Experts have on several occasions warned against alternative treatments for Covid-19 as they may further complicate the situation by aiding the spread of the virus because of the gathering shown in the video.