Rain and thundershowers are likely in many places in region 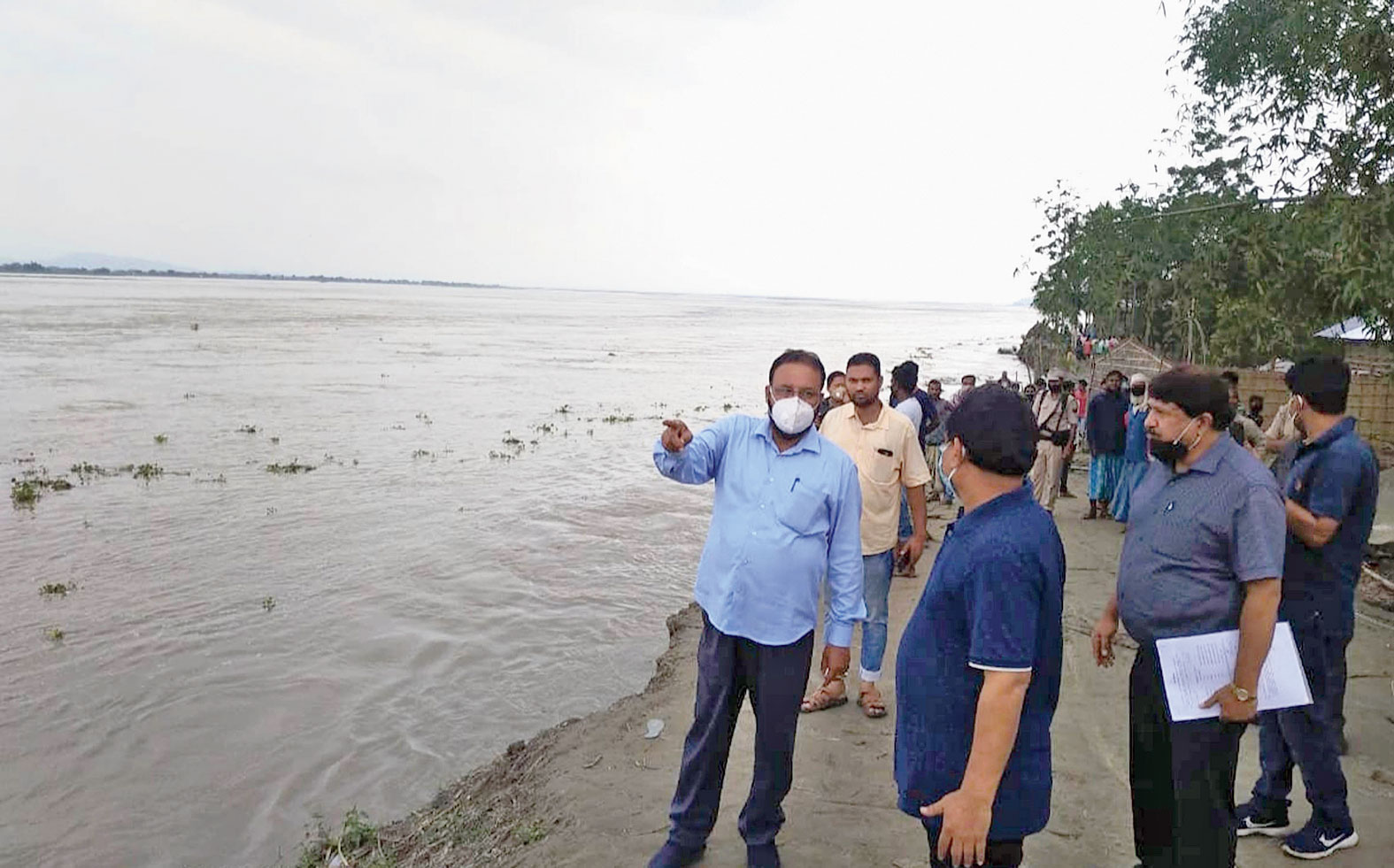 The flood situation in Assam worsened on Sunday as three more districts were hit by the deluge following heavy rainfall. Continuous release of water by the Neepco’s Ranganadi project worsened the situation in Lakhimpur district of Upper Assam.

It is the third day of the first wave of floods in Assam affecting three more districts — Sonitpur, Darrang and Goalpara in lower Assam, according to a bulletin issued by the Assam State Disaster Management Authority (ASDMA) on Sunday evening.

The meteorological department has sounded an alert. Rain/thundershowers are very likely to occur at most places in Arunachal Pradesh, Assam and Meghalaya and at many places in Nagaland, Manipur, Mizoram and Tripura.

Over five lakh hectare croplands have been swamped by the floods.

Rescue operation was launched by the SDRF and the NDRF in Goalpara district where four boats have been pressed into service. A relief distribution centre was opened in North Lakhimpur.

Sonowal visits Demow: After visiting a quarantine centre at Demow Polytechnic Institute in Sivasagar on Sunday, chief minister Sarbananda Sonowal said: “I have already directed all deputy commissioners to set up separate cells to carry out relief and rescue operations expeditiously during floods.” 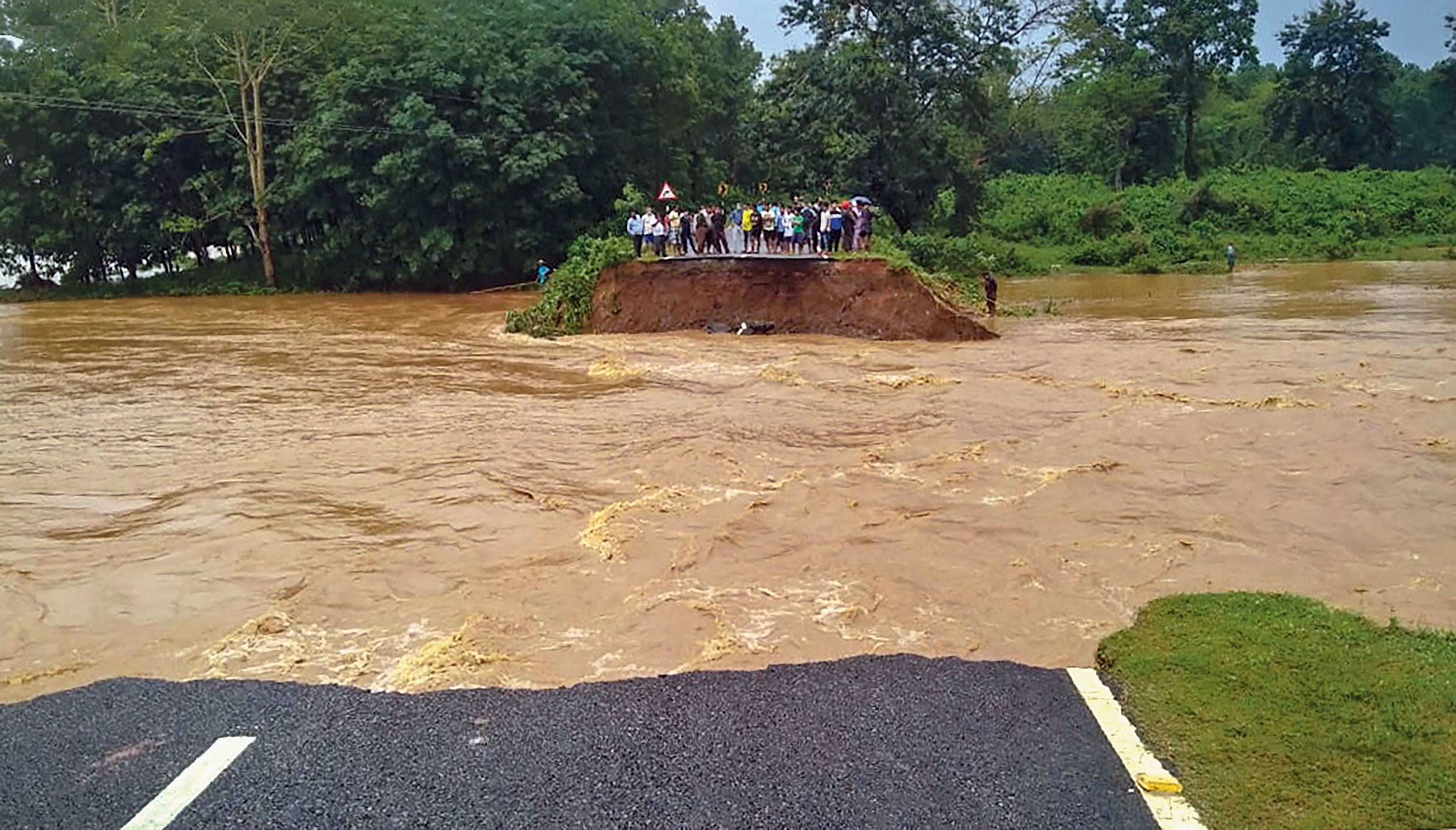 Edgy waters: People gather at the site of a caved-in road due to floods at Agia-Lakhipur in Goalpara district of Assam on Sunday.
(PTI)

Siang water: Due to torrential rainfall, the water level of the Siang river on Saturday was 150.44m which was below the danger mark (153.96m).

There was heavy downpour in the hilly areas due to which major tributaries of the Siang are likely to be in spate.

The deputy commissioner of East Siang district, Kinny Singh, on Sunday in an advisory directed all the officers concerned to be on alert and take necessary measures to deal with the situation. Singh instructed them to keep a watch on the flood situation and guide people. He also asked the health department to keep life-saving medicines readily available.

According to weather forecast, there is a chance of light to moderate rainfall in most places and isolated heavy to very heavy rain in East Siang district.