Ex-minister gets bail in scam case 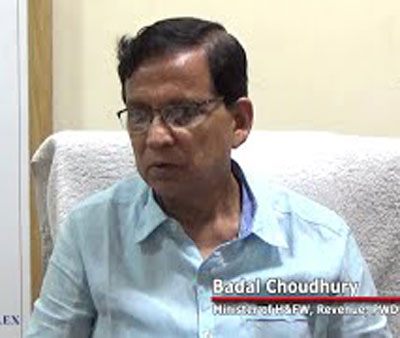 Tripura High Court on Saturday granted bail to former public works department minister and MLA Badal Choudhury, 87 days after he was arrested over an alleged Rs 600-crore scam in 2008-2009.

Public prosecutor Ratan Datta said Choudhury’s interrogation has ended but police are yet to file a chargesheet.

Choudhury, who was arrested on October 21 last year over alleged irregularities in the department, was booked along with two others — former engineer-in-chief Sunil Bhowmik and former chief secretary Yashpal Singh.

“The court granted bail to the accused as the investigation officer couldn’t submit the chargesheet. However, the court imposed some conditions were on him. If he tries to influence the investigation process or tamper evidence, we shall get his bail cancelled. The accused will also need to submit a bail bond of Rs 1 lakh and one surety,” Datta added.

According to law, if police fail to submit a chargesheet within 90 days of arrest, the accused gets bail by default. Since Bhowmik was released on bail, the court, headed by Justice Arindam Lodh, ruled in his favour. Choudhury’s counsel Purusottam Roy Burman said, “The investigation officer hasn’t been able to file the chargesheet yet. Choudhury has been made a victim of political vendetta. There is no case against him.” Opposition leader and former chief minister Manik Sarkar had alleged “political conspiracy”.

Choudhury was untraced for six days after an FIR was registered against him on October 13 last year. He was found admitted to ICU of a private hospital in Agartala.