Eviction heat builds up in Chirang

In what could trigger a Kaziranga-like face off, over 1,000 Adivasi families "encroaching" upon Chirang reserve forest in lower Assam's Kokrajhar and Chirang districts are facing eviction as the forest department's deadline to vacate the land ended today. 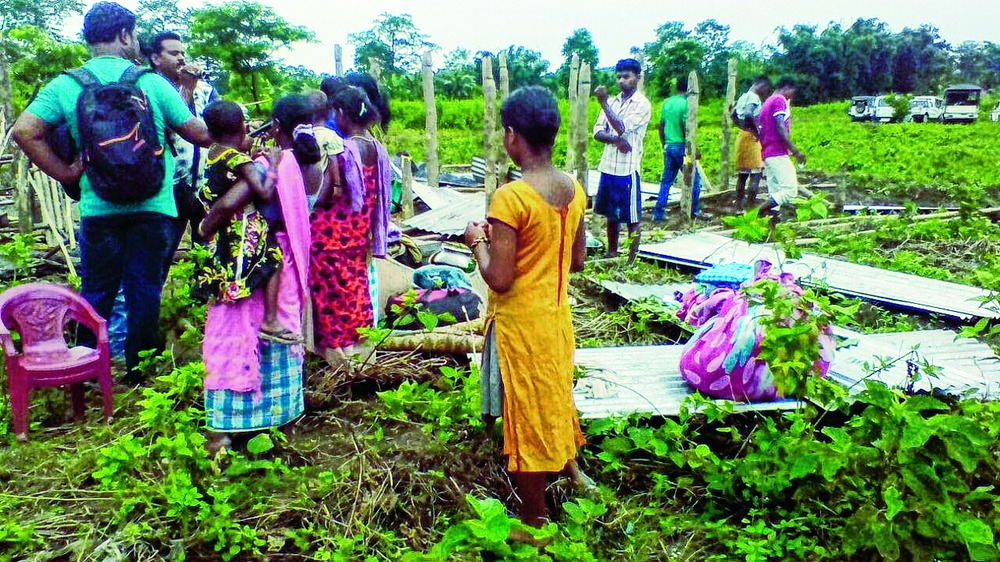 Guwahati, Sept. 28: In what could trigger a Kaziranga-like face off, over 1,000 Adivasi families "encroaching" upon Chirang reserve forest in lower Assam's Kokrajhar and Chirang districts are facing eviction as the forest department's deadline to vacate the land ended today.

The forest department is planning eviction while organisations representing the community are demanding land for the Adivasi families who had lost their land when they were displaced in the ethnic conflicts of 1996 and 1998 but were never properly rehabilitated by the government.

"We will oppose the eviction drive as the Adivasis had settled in the forest out of compulsion. After their houses were burnt in the ethnic clashes, they spent years in relief camps or near highways. Since they could not go back to their native villages where they own revenue land and the government did not give them new land, they had no option but to settle in forests," president of All Adivasi Students Association of Assam (AASAA) Stephen Lakra told The Telegraph today.

Lakra said hundreds were killed and over two lakh displaced in the ethnic conflicts.

Over 1,000 Adivasi families live in Lungsung and Deosri forests under Ripu and Chirang reserve forests in Kokrajhar and Chirang districts under the Bodoland Territorial Areas District.

"They have illegally settled in the forests over the past 15 to 20 years. We had evicted some people earlier but they set up houses again. They are destroying the forests too. This time we issued them notices on September 21 and asked them to vacate the land within a week. Since they have not followed the order, we have requested Kokrajhar and Chirang district administrations to provide us a magistrate for the eviction drive," Haltugaon forest range officer Dhirendra Nath Basumatary said. He, however, admitted that many of the "encroachers" were victims of ethnic conflicts.

The government had faced flak after two persons died during an eviction drive at Banderdubi village near Kaziranga National Park in Nagaon district on September 20. Forest minister Pramila Rani Brahma had said encroachers in other forests would be evicted too. The notice for vacating Lungsung and Deosri forests was issued a day after the Kaziranga incident.

At least 17 Adivasi families were evicted by forest authorities of Bodoland Territorial Council on September 12 from Deosri forest in Chirang.

Lakra alleged that the forest department had "selectively" issued notices to Adivasi families though others also occupied forest land. On the allegation of forests being destructed by felling of trees, Lakra alleged that some settlers were engaged by timber smugglers as well as forest officials to cut trees. Forest officials denied the allegations.

AASAA general secretary Deben Orang said the Adivasis would vacate the land if the government provided them land elsewhere.

NGOs working for Adivasi families displaced by ethnic conflicts said the state government must put in place a comprehensive rehabilitation plan. "Eviction drive without a proper plan for resettlement and rehabilitation cannot be a solution and is likely to create trouble only," said Raju Narzary, executive director of the North East Research and Social Work Networking, an NGO based in Kokrajhar.

He has been working with victims of violence.