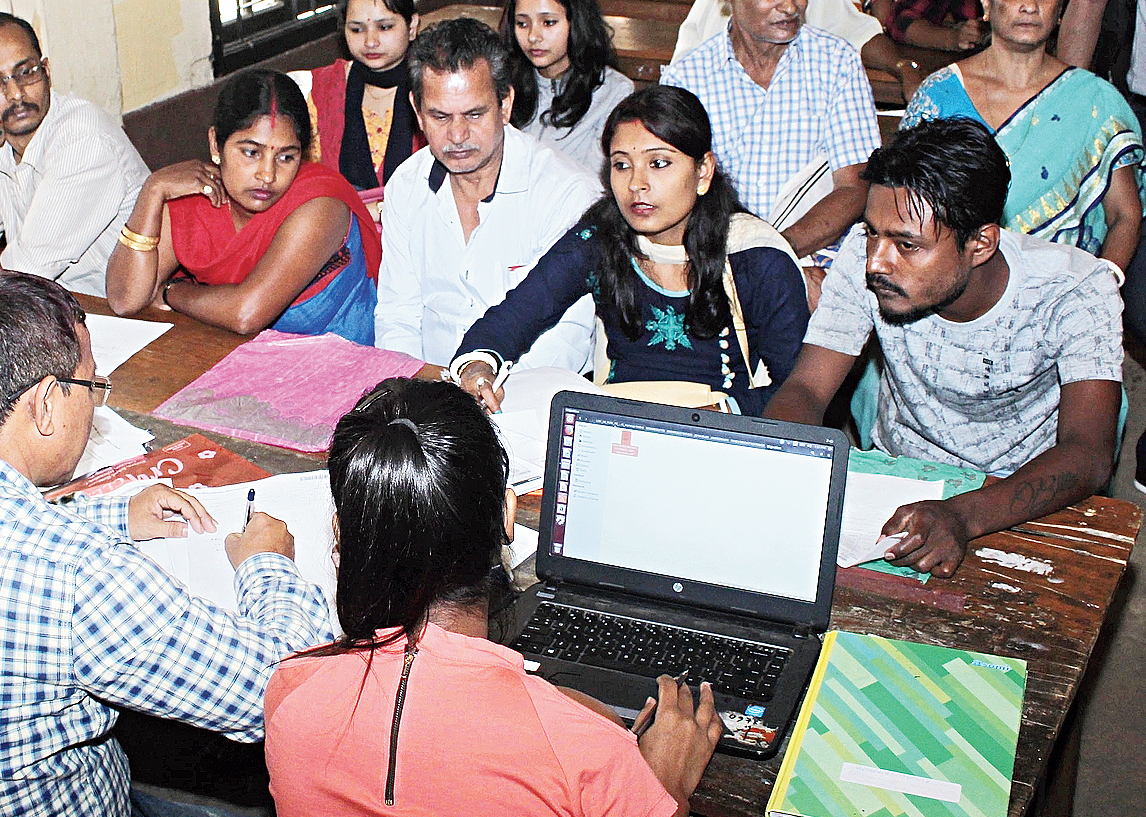 The National Register of Citizens (NRC) authorities will begin digitisation of offline applications for correction of particulars such as names in the draft register.

NRC state coordinator Prateek Hajela has written to the deputy commissioners and district registrar of citizen registration (DRCRs) of all districts, asking them to take steps for entering the particulars of offline correction forms on the online correction portal, by data entry operators of system integrator, at the offices of circle registrar of citizen registration (CRCR).

With his letter, Hajela has also enclosed the standard operating procedure (SOP) for carrying out the digitisation.

For correction of particulars as they have appeared in the draft NRC, the authorities have given people the option of submitting the application either online or at NRC Seva Kendras and the process of online name correction has been completed.

The NRC is being updated in Assam under the guidance and supervision of the Supreme Court to detect foreigners living illegally in the state and the apex court has set July 31 deadline for publication of the final NRC.

The complete draft NRC containing names of 28,983,677 out of total 32,991,384, applicants was published on July 30 last year and those left out of the complete draft were given a chance to file claims for their inclusion in the final NRC.

Of around 40 lakh applicants, who were not included in the complete draft, around 36 lakh have filed claims for their inclusion in the final NRC.

Nearly two lakh objections were also filed against inclusion of “ineligible” persons in the complete draft.