A video shows Shailesh Kumar Yadav slapping the priest, shoving out the groom, ordering everyone out and even tearing the formal permission granted by him 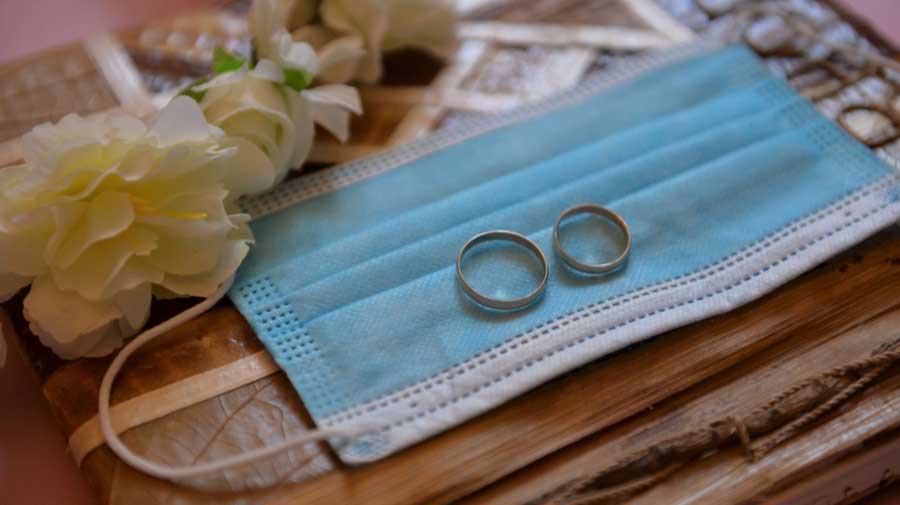 The BJP-led Tripura government has transferred a district magistrate following an order from the high court to ensure an impartial probe into his role in last week’s “unfortunate storming and raiding” of two wedding functions in Agartala for allegedly violating the night curfew imposed to check the spread of Covid-19.

Yadav was transferred on Wednesday to Belonia as the South Tripura district magistrate, around 100km from state capital Agartala.

A division bench of High Court of Tripura comprising Chief Justice Akil Kureshi and Justice S.G. Chattopadhyay acting on the writ petitions in connection with the April 26 incident also reconstituted the government-appointed inquiry committee by including retired district judge Subhash Sikdar in view of the “sensitive nature of the incident, serious allegations and counter allegation made by both sides...”

The bench also said: “The report of the inquiry shall not be published without first placing it before the Court and without the leave of the Court.”

The writ petitions were filed by an advocate, the priest who solemnised the marriage and the father of the bride.

The advocate sought action against Yadav based on the video footage of the alleged incident on social media while the priest complained of the official’s alleged misconduct and assault on him and other members of the marriage party.

The video shows Yadav slapping the priest, shoving out the groom, ordering everyone out and even tearing the formal wedding permission granted by him.

The father of the bride has accused Yadav of using “filthy language targeting the women present in the marriage hall but also outraged the modesty of some of the women touching them improperly”.

On May 3, the high court had requested the government to shift Yadav out of Agartala for an impartial probe.

The bench said: “In response to the said request, the learned Advocate General stated... that the District Magistrate has been divested of all charges.

“It was stated that he has gone on leave for 12 days with permission to leave the station and, therefore, this would be sufficient compliance of the request of the Court. We were, however, of the opinion that this would only be a stopgap arrangement and in any case does not satisfy the request...”

With the court firm on the transfer, the advocate-general said the government would transfer the district magistrate. The order for Yadav’s transfer was issued soon after.

Yadav had in his police complaint claimed he was seeking to enforce the restrictions of not more than 50 people in a marriage ceremony in any closed hall and also the night curfew, both of which were part of the order that he passed on April 22 under Section 144 of the CrPC.

The court said one of the “serious issues” is the allegation of the petitioners that a large number of family members and guests attending the marriage were detained at the police station for a considerable period of time on the instructions of Yadav. Those detained included women and children.

The court said: “In response to this allegation the respondents have filed an affidavit stating that no arrest or even detention was ever made. The members present at the hall were brought to the police station since after the curfew hours they did not have a passage home.

“Therefore, in order to provide safe passage they were brought to the West Agartala Police Station and the women and children were taken to the Women’s Police Station.”

The court added: “We are unable to appreciate why if the administration was desirous of providing a safe passage to the citizens, the same could not have been done from the marriage hall or the outside precincts thereof and what was the need for bringing the entire marriage party including women and children to the police station. We will inquire into this allegation minutely.”