Id ul-Fitr is likely to be observed on May 25 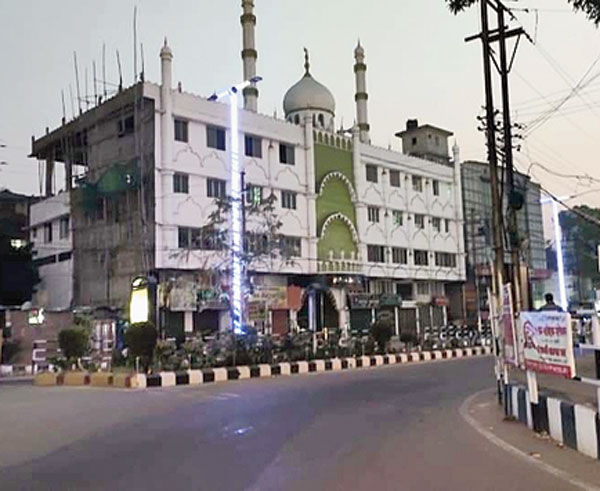 Ghar pe namaz (pray at home) is the message the city’s oldest mosque, Burha Jame Masjid, is giving the faithful this Id, having decided not to hold public prayers on its premises this year in view of the people’s safety amid the outbreak of the novel coronavirus pandemic.

Id ul-Fitr is likely to be observed on May 25 (depending on the sighting of the moon).

The mosque committee took the decision on Tuesday after it observed that confusion was brewing among Muslims in the city following lockdown relaxations.

Nizamul Haque, general secretary of the Burha Jame Masjid, told The Telegraph, “With lockdown 4.0 easing public movement, many in the community thought that they will be able to offer namaz on Id day with social restrictions. But we don’t want any such confusion to exist. So we have decided not to hold public prayers this Id for the safety of all. For now, it’s important to observe social distancing strictly. We want everyone to pray at home.”

The committee appealed to all other mosque committees in the state to follow suit and also requested Muslims to refrain from extensive Id shopping. In several parts of the state people were seen going on a shopping spree, throwing all caution, such as social distancing norms, to the winds. Parents were seen shopping in crowded places with their children.

“It’s time to pray for a better future for the entire human race. If we can overcome this crisis, we will get enough opportunity to celebrate in future. But going shopping in defiance of all safety norms is not advisable. We urge everyone to stay away from gatherings,” Haque added.

AIUDF chief Badruddin Ajmal also said in a video message that shopping on a grand scale would only lead to disaster.

Of the state’s 154 Covid cases so far, over 20 are linked to the Tablighi Jamaat at Nizamuddin in Delhi.

Meanwhile, a massive sanitisation drive is on in the city’s Fancy Bazar area. The market has mostly remained closed for the past six days since the detection of several cases from the area but a few shops have opened in the vicinity.

On Tuesday, the Kamrup (metro) district administration declared parts of two other areas of the city — Biharipatty at Bhutnath and Bishnupur at Fatasil — containment zones after positive cases were detected in the areas.