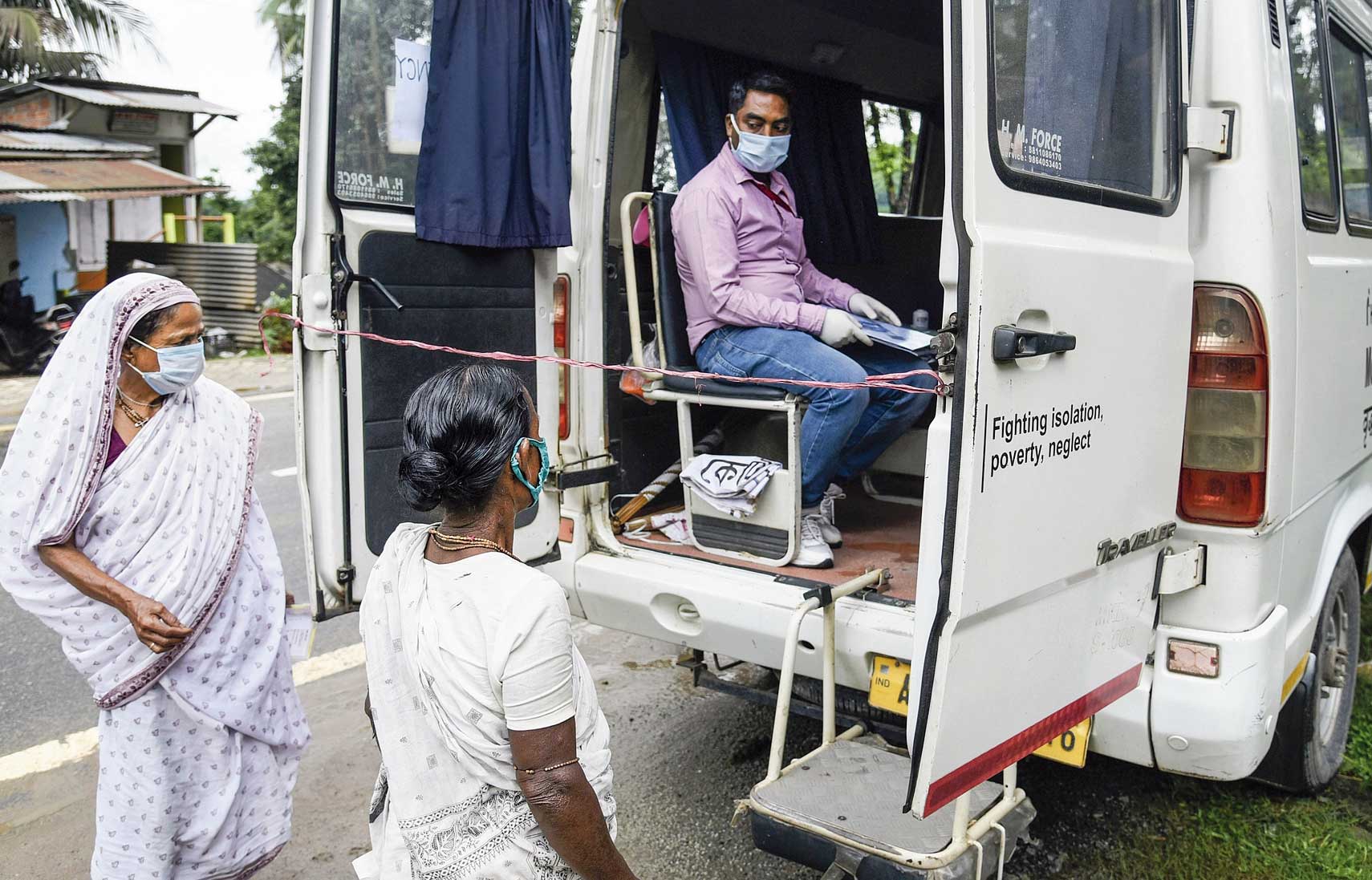 A woman travelling from Ahmedabad to Guwahati by flight on Monday, the day domestic flights resumed after a two-month corona-induced lockdown, tested positive for Covid-19 on Wednesday. This has taken the Covid count to 774, a rise of over 600 in 10 days.

The development assumes significance because so far the spike in cases was confined to the stranded returning by train and vehicles, mostly the former. Till Wednesday evening, the cases rose to 774, from 682 on Tuesday.

Details of the air carrier were not shared by the government till the filing of the report. The woman is from Guwahati and has been admitted to GMCH here. She was placed under institutional quarantine soon after she was screened like her co-passengers. Contact tracing is over, sources said.

Commercial flights in the country resumed on Monday and till Wednesday at least 2,722 people had landed at Guwahati’s Lokpriya Gopinath Bordoloi International (LGBI) Airport. The number is set to rise as flights from Calcutta become operational from Thursday.

“It is a worrying development because till now most of the cases, reported from quarantine centres, related to people who came by trains and road transport. We need to be careful by strictly enforcing screening and quarantine measures because more fliers arrive in the days to come,” a source said.

At least 92 new cases were detected by 6.30pm, taking the active cases to 680. While Assam had reached the 100-case figure on May 17 in about 47 days, the next 600 cases have been reported within 10 days as the stranded returned by train. Most of the affected were working in Chennai, Delhi, Bangalore and Bengal.

The rise in cases has seen the government step up efforts to create more hospital beds and quarantine centres to accommodate the huge number of returnees.

Sarma said he was expecting the flood of returnees to end by May but hoped that the inflow would more or less end by June 15. He appealed to the masses to support the government’s steps to check the spread of the coronavirus.

“We had estimated 3,000 patients by May 31. We have facilities to accommodate 5,000 patients. We are hopeful that the situation will normalise within 20 days but we need to strictly enforce quarantine measures. People will have to report unknown faces or old faces surfacing after a long gap. They have to report these to check the spread,” he said.

Chief minister Sarbananda Sonowal has asked his ministers to visit the districts under their charge and take stock of the Covid and flood situation.

Sonowal also met governor Jagdish Mukhi at Raj Bhavan during the day and apprised him of the twin situations.

They also talked about increasing economic activities to strengthen the fiscal health of the state.