Centre likely to sign peace accord with Assam Adivasi militants in September: CM 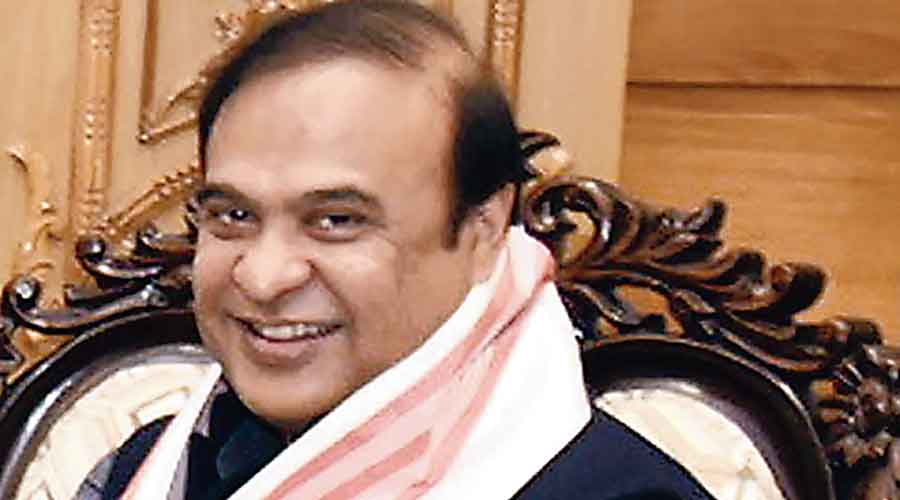 Assam Chief Minister Himanta Biswa on Tuesday said that the Centre is likely to sign a peace accord with militant organisations from the state's Adivasi communities within September.

Addressing a press conference after a cabinet meeting here, he said that his government has found a gap of around 50 lakh beneficiaries after linking Aadhaar cards with ration cards across the state.

The central government is likely to sign a peace accord with militant groups from the Adivasi communities of Assam within this month, Sarma said.

Without sharing any detail, he said that the entire process is being carried out under the initiative of Union Home Minister Amit Shah.

A senior official from the Assam Police headquarters told PTI that five militant groups are likely to sign the peace agreement.

"These groups have been in ceasefire for many years after announcing Suspension of Operations. Their cadres live at designated camps under police protection," the official said.

The central government in January 2020 signed an agreement Bodo Peace Accord with militant group National Democratic Front of Bodoland (NDFB).

On the gap in the number of beneficiaries found after the Aadhaar card and ration cards were linked, Sarma said, "We have found that around 50 lakh beneficiaries have not come (for the service). Some people might have died and some might have moved to other places due to marriages. Unfortunately, there were some fake ones also."

Sarma said the government is going to save a good amount of money for these unaccounted beneficiaries and accordingly add genuine people to the list.

"We will bring in a set of new 50 lakh people under the ambit of the National Food Security Act (NFSA). Today's cabinet discussed all these points," he added.

Sarma also informed reporters that around 62,000 people were found to be ineligible for its flagship 'Orunodoi' scheme, while around 2,000 have voluntarily given up the benefits of the programme.

The state government provides monthly monetary assistance of Rs 1,000, which will be enhanced to Rs 1,250 from October, to the beneficiaries under the scheme, covering nearly 20 lakh families.

"The Orunodoi month is getting over on September 20. We will know the exact number of exclusions then only. I hope one lakh new beneficiaries will be added in place of the exclusions," he added.

The cabinet also approved rolling out a financial package for the people belonging to communities like Adivasis, Bodos and Koch-Rajbongshis displaced by riots that took place in the state.

"We need to give land rights to Kamatapur Autonomous Council in the areas excluding the BTR (Bodoland Territorial Region) and Rabha Hasong Autonomous Council region. However, we are not in favour of division of Assam to create a new Kamatapur state as demanded by a few people," he added.

The CM said that the government has also decided that it would allow students to write examinations in Bodo language till class 12 from the next academic session. Currently, it is allowed up to class 10.

On the other issues discussed at the cabinet meeting, Sarma told reporters that Rs 500 crore will be spent as part of CM Goodwill Project in developing road communication in the BTR area during the next two fiscals.

"We have also decided to permit Bodoland Territorial Council administration to provincialise 10 colleges in BTR. This exercise was so far being done by the state government only. This shift is made as per the Bodo Peace Accord," he added.

Sarma said there will be no reservation from now on in appointing college teachers for the Bodo department.

"We were finding it difficult to fill vacancies in the Bodo department because of reservations. Usually, SC, OBC and general students do not study Bodo. Because of this, many faculty positions across the state are lying vacant," he said.

Sarma also said that the Assam government has requested the Centre to start the delimitation work in the state.

He further said, "We have decided to form District Police Accountability Commission as announced earlier. With this, people will be able to complain against erring police officials in the district itself. A law will be passed in the Assembly for this."

Sarma further said that the cabinet approved the repeal of 48 old and obsolete acts during the next session of Assembly later this month.

On August 31, the cabinet had approved repeal of a total of 316 obsolete and unused acts by introducing two sets of repeal bills during the forthcoming Autumn Session of the Assam Assembly, beginning from September 12.

Sarma said the government will give appointment letters to around 12,000 youths on September 22, followed by recruitment of 4,500 'Jal Mitras' on the next day.

"We are also preparing to advertise 10,000 more posts, of which 5,000 will be from the Assam Power Distribution Company Ltd (APDCL). We will set up a new forest battalion too. We are on track to fulfil our promise to give jobs to one lakh youths," he added.