Our dream is to create a golden Assam: Zubeen Garg 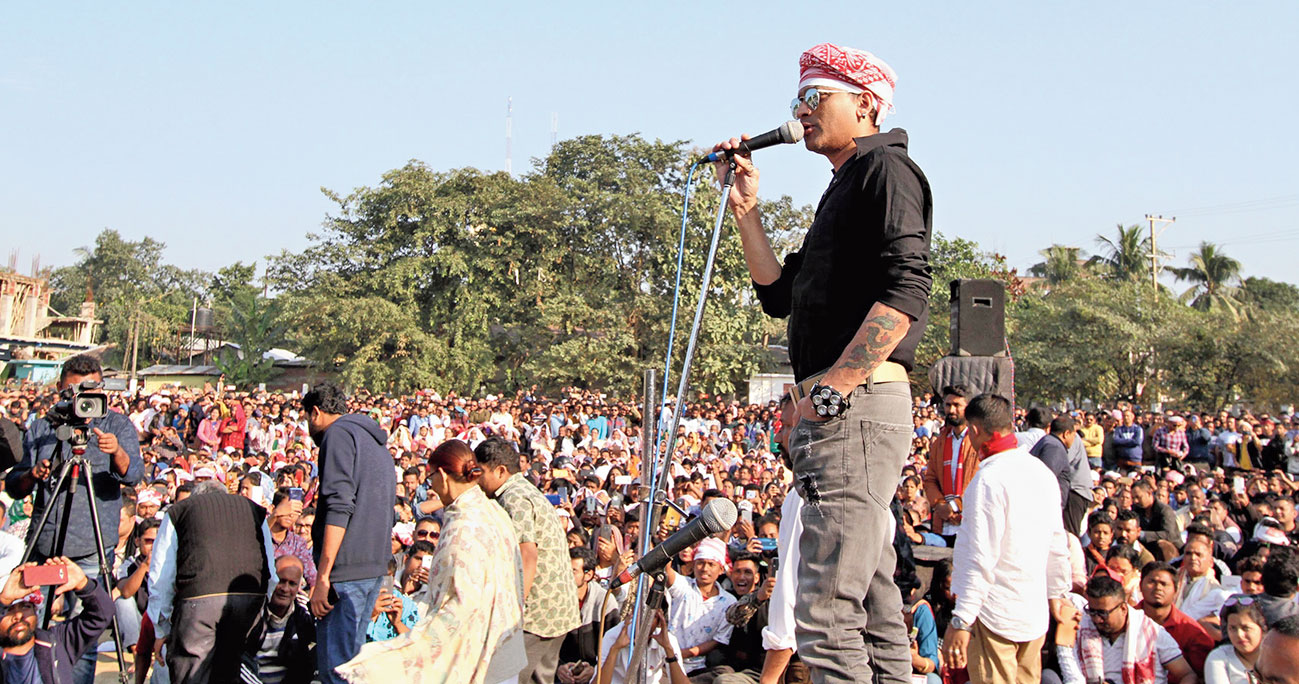 Celebrities, including singers and actors, turned up for a hunger strike and demonstration organised by the All Assam Students Association (AASU) for the second day on Friday.

Popular singers Zubeen Garg and Zublee Baruah, and actors Barasha Rani Bishaya, Utpal Das and Rabi Sarma, apart from others, participated in a demonstration as part of the 10-hour hunger strike organised by AASU at Assam Engineering Institute field, Chandmari.

Many celebrities had earlier joined the protest at Latasil field on Thursday, breaking curfew and speaking out against the central government’s decision to impose the Citizenship (Amendment) Act, 2019. 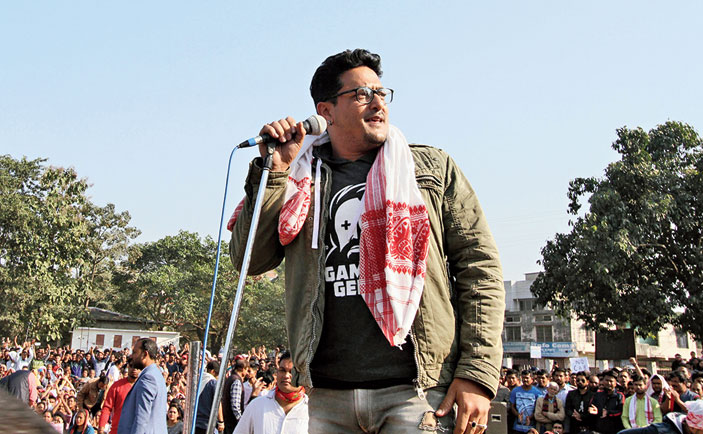 Zubeen was greeted with cheers and applause when it was his turn to speak on the temporary platform at the protest. The popular singer and actor has been very vocal against the law and has been spearheading the protests along with the AASU leaders. “I am totally against the citizenship law. I have no caste, no religion, no god but only Assam (referring to his dialogue in his latest movie Kanchenjungha). There have been violence and deaths. We did not start the struggle for that. Some people are trying to lend a different colour to it. Please remain alert. We must not back down. There is a long struggle ahead. Our struggle is not against any community or religion. Our dream is to create a golden Assam,” he said.

Zubeen hummed his song Politics Nokoriba Bondhu (shun politics, my friend) while announcing that a protest with music has been planned for 11am on Sunday at the same venue.

Das was emotional while delivering his speech, saying, “I asked my father about his experience during the Assam Agitation but he did not live here at that time. I am unlucky not to have first-hand knowledge but I am making sure that my daughter can feel it. I am teaching my three-year-old daughter to say Joi Aai Axom at a time when she can barely say aai. I am emotional but my emotion is not my weakness, it is my strength.”

Sarma highlighted AASU’s resolve that students will study, workers will work and artistes will perform even while protesting. “A government falls when students and the fourth estate are attacked. The government thinks people will forget but we will not forget this time,” he said.