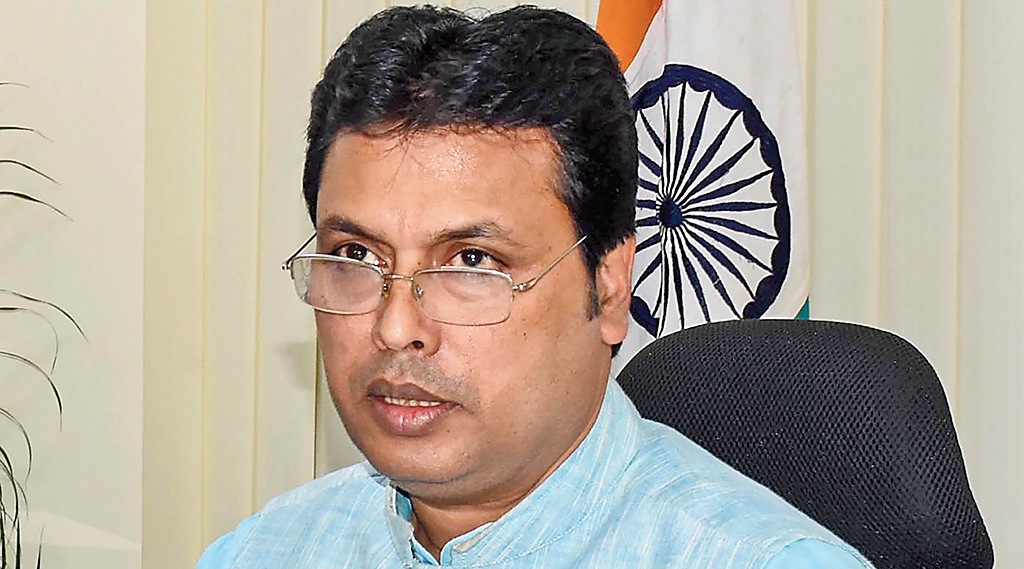 The BJP has named former Tripura chief minister Biplab Kumar Deb as its candidate for the Rajya Sabha bypoll in the state.

Deb will contest from the seat vacated by Manik Saha who replaced him as the chief minister in the run up to the assembly polls in the state early next year.

The bypoll is due on September 22 and Deb's win is all but certain as the BJP has a majority in the assembly.

The BJP's decision to name the 50-year-old as its Rajya Sabha candidate underscores its efforts to keep him in good humour after removing him as the chief minister.

Deb has also been made the in-charge of the party's affairs in Haryana.

Both decisions also underline the BJP's move to minimise Deb's role in the party activities in Tripura while assigning him responsibilities outside the state.

Former state finance minister Bhanu Lal Saha of the CPI(M) has already filed his nomination for the Rajya Sabha seat as the Left Front nominee. Deb is expected to file his nomination paper on Monday, the last day.

The ruling BJP has 36 MLAs in the 60-member assembly while its ally IPFT has eight legislators. The CPI(M) has 15 MLAs and the Congress has one legislator.

Deb expressed his gratitude to Prime Minister Narendra Modi after the BJP named him as its candidate.

"Gratitude to PM Narendra Modi Ji, BJP President J P Nadda Ji & Home Minister Amit Shah Ji for nominating me as a BJP candidate for Rajya Sabha MP from Tripura," Deb said. "I am committed to work for the development and welfare of Tripura and its people," he added.