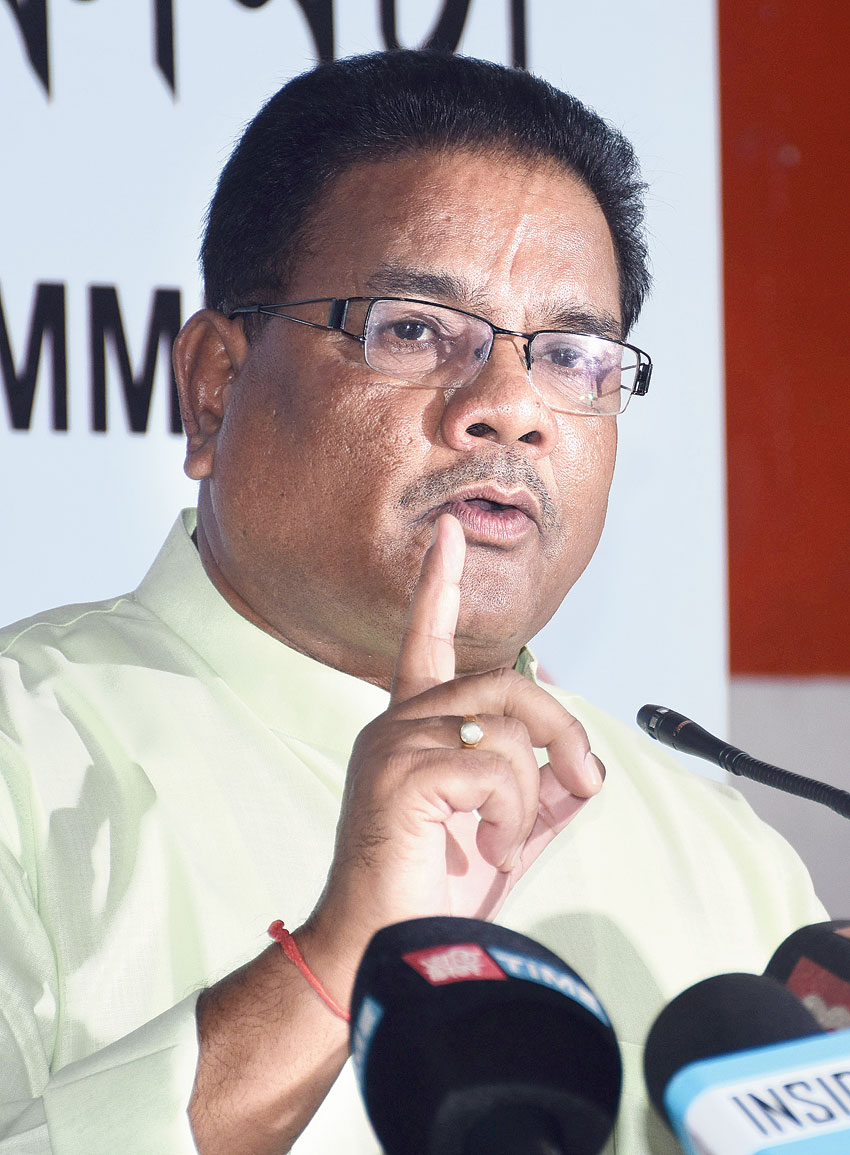 The Assam Pradesh Congress Committee (PCC) on Wednesday met the state director-general of police and chief secretary, seeking a probe into the government allegations of involvement of Congress workers in the violence during anti-Citizenship (Amendment) Act protests.

PCC president Ripun Bora told reporters here, “(Cabinet minister) Himanta Biswa Sarma, tuning into (Prime Minister) Narendra Modi’s tune, has alleged that our people were involved in vandalism but this is not true. We dare them to initiate a probe by a sitting Supreme Court judge instead of a special investigation team.”

Sarma had on Tuesday announced a probe by a special investigation team into violence and vandalism during CAA protests.

Bora said a Supreme Court judge would investigate the matter without being influenced by any minister or politician, which SIT policemen might be.

He said if Sarma or the BJP can show proper footage of Congress members vandalising public property, then the government is free to punish them.

He said the footage highlighted by Sarma, where a Youth Congress member is seen shaking hands with someone, is normal as the member is in such a position where anyone would greet him.

“This does not mean that he had done something immoral. Himanta is making up fictional stories through this footage to mislead the people of Assam, to divert people’s attention from the fact that the BJP is at fault,” he added.

Sarma had on Tuesday played a video showing Assam Pradesh Youth Congress president Kamrul Islam Choudhury’s near a bonfire and Kamrul shaking hands with a youth and had questioned it.

Bora also accused Sarma of targeting an intellectual without naming him. “Why has Himanta not named him? He should release his name instead of threatening him,” he said.

Bora said the police should have taken photographs of people who vandalised public property and immediate action against them.

“The persons involved in such acts could have been found to be members of the BJP or the RSS,” he counter-alleged.

Bora termed the AGP’s stand on CAA a “drama” and a “shameful act”. “They are deceiving the people of Assam. The AGP said it was opposed to CAB but their MP Biren Baishya went on to vote in favour of the bill,” he added.

Bora alleged that the drama and trouble were being caused by the BJP and the AGP but Congress members were being unnecessarily harassed.

In a memorandum to director-general of police Bhaskarjyoti Mahanta, the PCC said in the past couple of days people from various walks of life, including Congress members, had come out in protest against CAA but, unfortunately, the police had created terror among Congress members over “false” implications alleging their involvement in violence.

The PCC alleged that this had happened at Digboi, Margherita, Charaideo, Tinsukia, Gohpur, Bihali, Sootea, Dispur-Dimoria, Nagaon, Guwahati and Sualkuchi, among others, under the instruction of local MLAs and ministers of the ruling party.