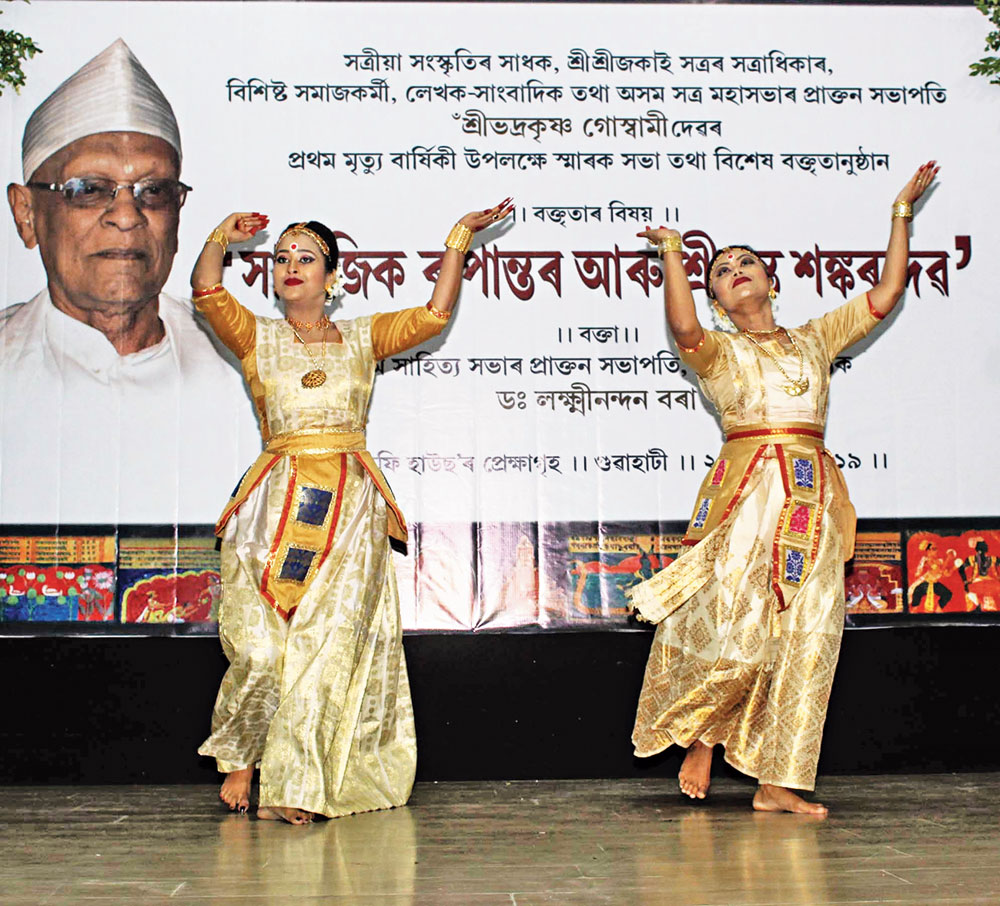 The social change brought about in Assam by Srimanta Xankardeb was highlighted in a lecture on the occasion of former xatradhikar and Asom Satra Mahasabha president Bhadrakrishna Goswami’s first death anniversary.

Chief guest and main speaker Bora delivered the lecture on the social change wrought by Srimanta Xankardeb through the Xattriya culture and traditions. Assamese life underwent a change for the better through the Vaishnavite saint’s life and teachings, he said.

A former xatradhikar of Sri Sri Jokai Xatra, Goswami was remembered as an upholder of xattriya culture, a social worker, writer and journalist.

Ajit Kumar Bhuyan reminisced about Goswami’s contribution to his journalistic life and paid tribute to the teacher in Goswami, at a time when the teaching profession was looked up to by the people.

Prafulla Mahanta, paying tribute to the xatradhikar, described how Goswami led an exemplary life, full of concern and support to those who followed Xankardev’s teaching.

The other dignitaries also paid tribute to Goswami through personal reminisces and talking about his contribution to Assamese culture.