Cops have collected over Rs 5.7 crore from lockdown violators between March 25 and July 12 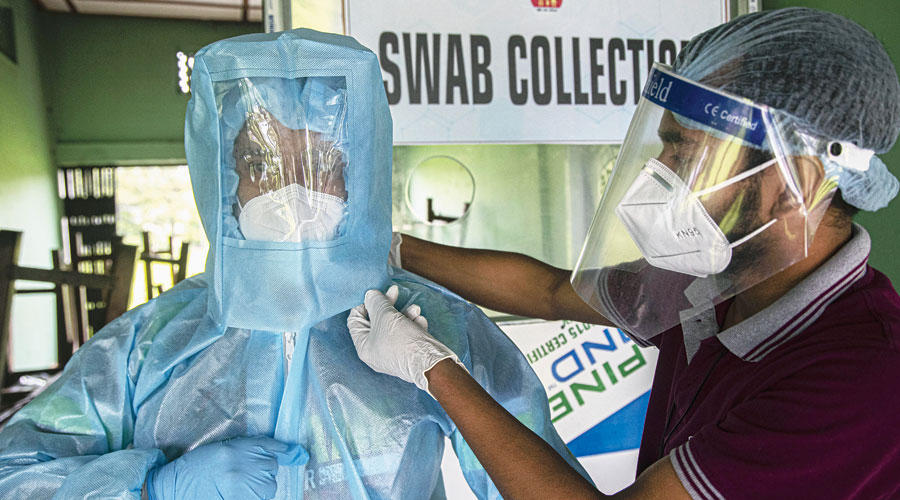 Indifference among a section of the masses towards lockdown rules as well as the administration’s “inability” to convince the public to adhere to norms appears to have spurred the spread of Covid-19 in Assam. This is evident from the heavy collection of fines by police personnel for violation of lockdown norms in the state.

The number of infected persons crossed 16,800 on Monday with over 5,000 cases reported from Guwahati. There have been 36 deaths till Sunday, with 40 undergoing treatment in ICU.

A senior police official told The Telegraph that there are several factors for the rise in collection of fines including lack of awareness, compulsion to move out without papers and the nature and duration of the lockdown. The police update the fine chart four times a day. “We were asked to be strict so that people start adhering to the lockdown rules. There are a lot of factors for this trend, including awareness and emergency situations,” he added.

Congress spokesperson Rhituparna Konwar said the figures are a cause of worry because the trend is holding firm even after three months, “defeating the very purpose of a lockdown”. Government has come up with rules but has not been able to implement it effectively, Konwar said.

Senior Congress leader and former chef minister Tarun Gogoi has also said extension of the lockdown in Guwahati or other places of Assam “will be nothing but a foolish idea, wreaking havoc on the health and economic fronts and accentuating the hardship of the poor and vulnerable sections of the population”.

BJP chief spokesperson Rupam Goswami said this was a fit case for study because the government is taking all possible steps to check the spread of coronavirus. “It could be because of rumours that corona is not serious. There is also a section which violates law willfully. It should be a case study,” Goswami said.

The 14-day lockdown in Kamrup (Metro) administration, which covers Guwahati, was extended for a week on Sunday evening.

State health minister Himanta Biswa Sarma has acknowledged the sufferings of the poor but assured a “very good relief package” for them very soon.