Governments condole deaths of those injured in border clashes 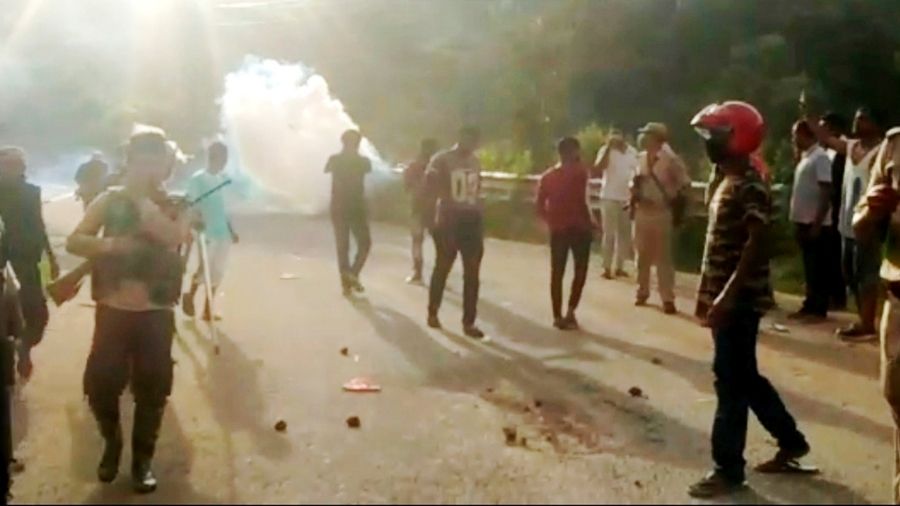 Six Assam Police personnel were killed and over 50 people, including the Cachar SP, were injured in an inter-state border clash between the two northeastern neighbours on July 26.
File picture
Our Bureau, PTI   |   Aizawl   |   Published 05.08.21, 03:58 PM

Representatives of Assam and Mizoram held talks in Aizawl on Thursday and agreed to resolve the inter-state border dispute amicably, officials said.

The Assam government also decided to revoke an advisory issued earlier against travel to Mizoram, they said.

"Both the state governments agreed to maintain peace in the inter-state border areas and welcomed the deployment of neutral force by Government of India in this regard.

"For this purpose, both the states shall not send their respective forest and police forces for patrolling, domination, enforcement or for fresh deployment to any of the areas where confrontation had taken place between the police forces of the two states during recent times. This would include all such areas along the Assam-Mizoram border in the districts of Karimganj, Hailakandi, and Cachar in Assam, and Mizoram's Mamit and Kolasib districts," a joint statement issued by the two states said.

The joint statement was signed by Assam's Minister for Border Protection and Development Atul Bora and the department's commissioner and secretary G D Tripathi, and Mizoram's Home Minister Lalchamliana and Home Secretary Vanlalngathsaka.

"Representatives of Governments of Assam and Mizoram agree to take all necessary measures to promote, preserve and maintain peace and harmony amongst people living in Assam and Mizoram, particularly in border areas," the statement, shared on Twitter by Assam minister Ashok Singhal, said.

Six Assam Police personnel were killed and over 50 people, including the Cachar SP, were injured in an inter-state border clash between the two northeastern neighbours on July 26.

Both the states also condoled the deaths of those killed in the incident and prayed for the speedy recovery of the injured persons.

"Govt. of Assam & Govt. of Mizoram successfully signed a Joint Statement today after deliberations at Aizawl. Both governments agree to take forward Ministry of Home Affairs' initiatives to remove prevailing tensions and to find lasting solutions through discussions," the Mizoram CMO tweeted.

Assam minister Ashok Singhal said in a Twitter post, "With great optimism from both sides, we held our discussion with the Home Minister of Mizoram @Lalchamliana12 Ji & other officials on resolving the #AssamMizoramBorder issue. This is in continuation of the discussion initiated by HCM @himantabiswa Ji & HCM @ZoramthangaCM Ji."

Both states have differing interpretations of their territorial border. While Mizoram believes that its border lies along an inner line' drawn up in 1875 to protect tribals from outside influence, Assam goes by a district demarcation done in the 1930s.