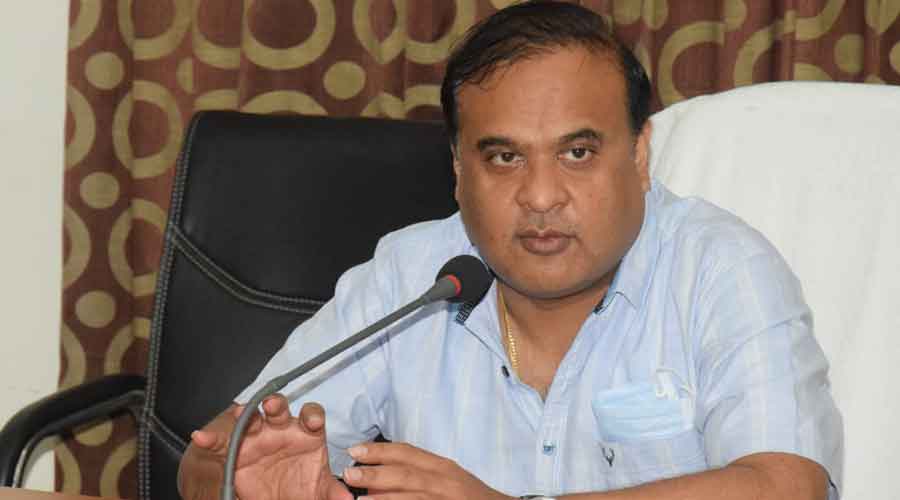 Chief minister Himanta Biswa Sarma on Saturday announced that the Assam Civil Services examinations would also be conducted in Assamese from next year.

Now, the exams are held only in English.

The Assam Public Service Commission, which conducts the exams, was established in 1937.

Sarma said that from next year candidates taking the two-phase exams — preliminary and mains — would be able to write their papers in Assamese or English.

This will help candidates from Assamese-medium background, the chief minister added.

The decision to introduce Assamese as an option was taken after Sarma received WhatsApp messages on Friday evening from two aspiring civil servants.

They told the chief minister that since the Assam Civil Services (ACS) exams cannot be written in Assamese, it “adversely impacts” the prospects of candidates from the Assamese medium who “find it difficult” to write their papers in English.

“They requested me to provide them with the opportunity to write their papers in Assamese. I also did not know about this rule, so I immediately got in touch with the APSC,” Sarma said.

“So this morning we took the decision that candidates can write their prelims and mains in Assamese from next year. Question papers of the exams will be set in Assamese too. The move will help improve the prospects of Assamese-medium candidates of becoming ACS officers,” the chief minister said, thanking the two candidates.

On November 25, the state cabinet had made it mandatory for candidates appearing in the ACS exams to be permanent residents of Assam, be registered with the employment exchange and also speak Assamese or any other recognised language of the state.

Sarma made the announcement in Guwahati soon after returning from Delhi where a meeting was held between him, Mizoram chief minister Zoramthanga and Union home minister Amit Shah.

It was decided at the meeting that the two state governments would take all possible steps to ensure peace along their disputed border.

Six persons from Assam had died in a flare-up along the border on July 26 between the police forces of the two states.

Assam and Mizoram have decided to form committees to maintain peace and also hold chief ministerial-level talks to resolve the issue.