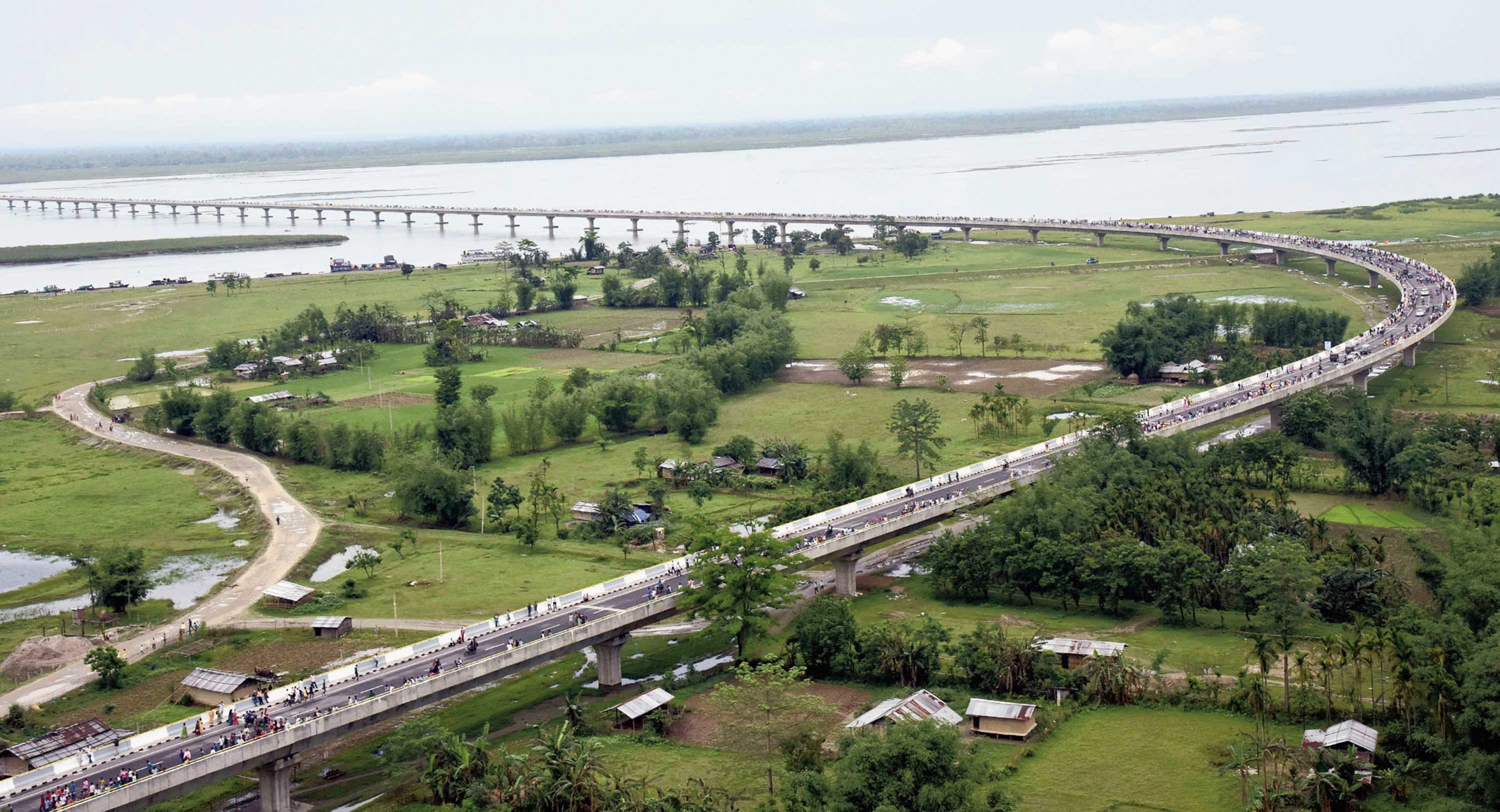 Boatmen and eateries affected by the inauguration of Bhupen Hazarika Setu (Dhola-Sadiya) and the Bogibeel bridge in Upper Assam are happy with the announcement of rehabilitation in the state budget.

Assam finance minister Himanta Biswa Sarma on Wednesday announced Rs 5 crore relief fund for boatmen and eateries affected by the Dhola-Sadiya bridge opened in May and the Bogibeel bridge in December.

Altogether 400 to 500 peoples associated with ferry services and eateries at Bogibeel ghat and Dhola-Sadiya ghats will be benefited.

Lakeswar Rajbonsi, a boatman at Bogibeel ghat, expressed his happiness after the government announced the relief.

“I welcome the government’s decision. After the boat service was closed down at the Bogibeel ghat, we became jobless and did not know what to do. I was employed as a caretaker of the boat because the owner did not get anyone to sell his boat,” Rajbonsi, who hails from Mithakutipathar of Dhola, said.

He said he is the only bread earner in his family and after the boat service was shut it has become very difficult to run the daily expenses.

“My elder son Jadhu, 9, cannot speak since birth. I have taken him to doctors in Guwahati and Dibrugarh but nothing has happened. Now that I have become jobless, it has become very difficult to run the family and his medical expenses. How the government plans to rehabilitate us, we don’t know but I request the government to immediately provide the relief,” he added.

Boatman Shankar Sahani and his brother Sivji were rendered jobless after the Bogibeel ghat was closed.

Both went back to their home in Sadiya.

“The government has finally announced the rehabilitation package and we welcome the decision. We returned home after we lost our jobs. Now, we will work as labourers if someone engages us,” Shankar said.

She urged the government to provide land for her in Dhemaji side for an eatery. “My eatery was doing well. But after the ghat was closed everything was over,” she added.

Senior Guwahati-based journalist Sushanta Talukdar had written to the Prime Minister’s Office on December 24, 2018, seeking rehabilitation measures for the boatmen of Bogibeel and Dhola-Sadiya bridges.