Because of the absence of separate cadre, Central schemes could not be implemented, says Pema Khandu 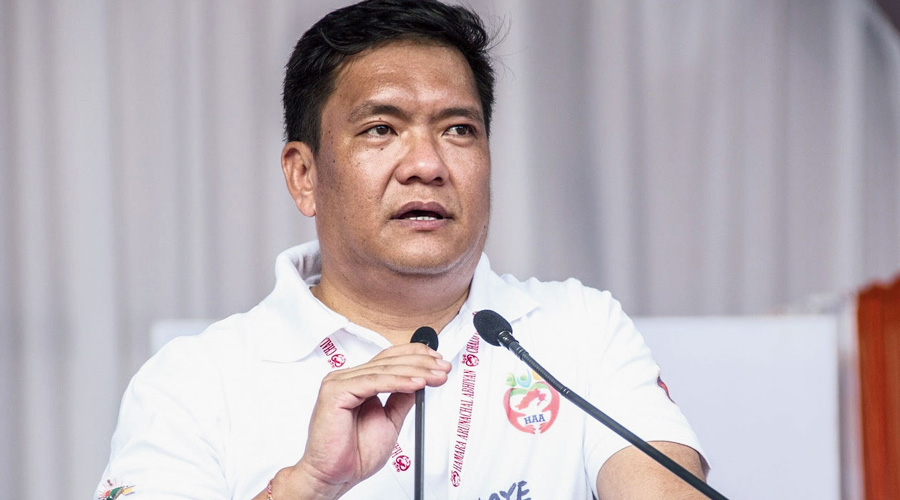 The Arunachal Pradesh government has time and again placed before the Centre the issue of having a separate cadre of IAS, IPS, and IFoS for the state, Chief Minister Pema Khandu informed the state assembly on Tuesday.

Responding to a question by Congress member Ninong Ering, Khandu said that the resolution adopted in the assembly on October 18, 2017, in this regard had been conveyed to the Ministry of Home Affairs with a request for taking necessary action.

However, the matter is still pending with the ministry, he said.

The Central government is the appropriate authority that has the jurisdiction to create a separate cadre for the Himalayan state.

Currently, Arunachal Pradesh is manned by IAS, IPS, and Indian Forest Service (IFoS) officers from the AGMUT (Arunachal, Goa, Mizoram, and other Union territories) cadre and the tenure of the officers posted in the state is three years.

"Because of the absence of a separate cadre, Central schemes could not be implemented and executed properly in the state as officers from AGMUT come to Arunachal Pradesh for a short period and are not able to understand tribal culture and sentiments," Khandu pointed out.

"The development would begin in the real sense with a dedicated team of officers under the state cadre," the chief minister said.

"Posting of officers of the All India Service cadre in the state should be five years," Khandu said.