Once commissioned, the airport will be the first in the state with a runway of 2,300 m, suitable for the landing and take-off of Boeing 747 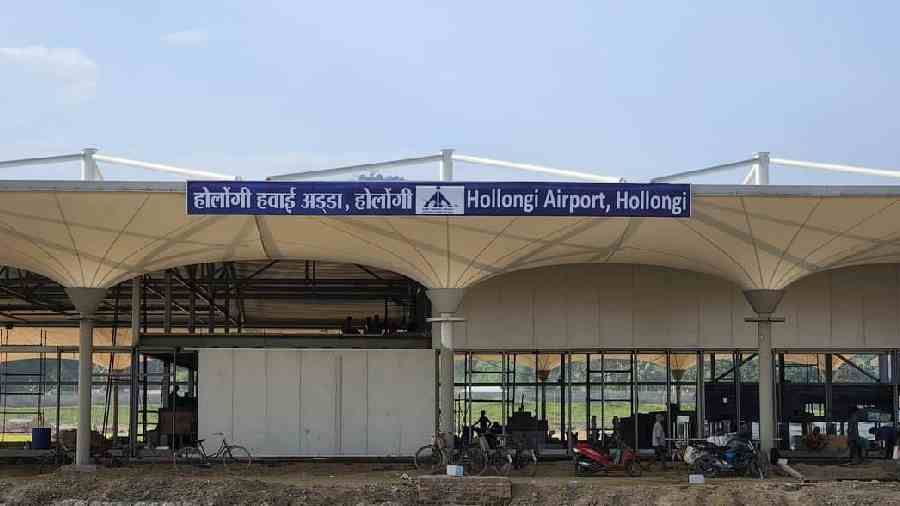 The Arunachal Pradesh Assembly on Tuesday adopted a resolution for naming the Hollongi greenfield airport near here as Donyi Polo Airport, Itanagar.

The approval to name the facility as Donyi Polo Airport, Itanagar, was given by the state government during a cabinet meeting on August 4.

Moving the resolution, State Civil Aviation Minister Nakap Nalo informed the House that the decision was taken to reflect the reverence of the indigenous people for the Sun ( Donyi') and the Moon ( Polo') symbolising an age-old tradition and rich cultural heritage of the tribal state.

The House unanimously adopted the resolution to take up the naming of the airport with the Union government.

Developed by the Airports Authority of India (AAI) at an estimated cost of Rs 645 crore, the facility, located at Hollongi near here, is designed to be a greenfield airport with eight check-in counters and will be able to accommodate 200 passengers during peak hours of the day.

Hollongi is about 15 km from the state capital Itanagar.

At present, there is no airport in the vicinity of the state capital, the closest one being the Lilabari Airport in Assam's North Lakhimpur district, at a distance of 80 km from here.

Once commissioned, the airport will be the first in the state with a runway of 2,300 m, suitable for the landing and take-off of Boeing 747.

With an area of 4,100 sq m, the airport will be equipped with all modern facilities for passengers.

It is likely to be inaugurated by Prime Minister Narendra Modi in October this year, sources at the state civil aviation department said.