Union minister describes the region as ‘jewel of Indian culture’ 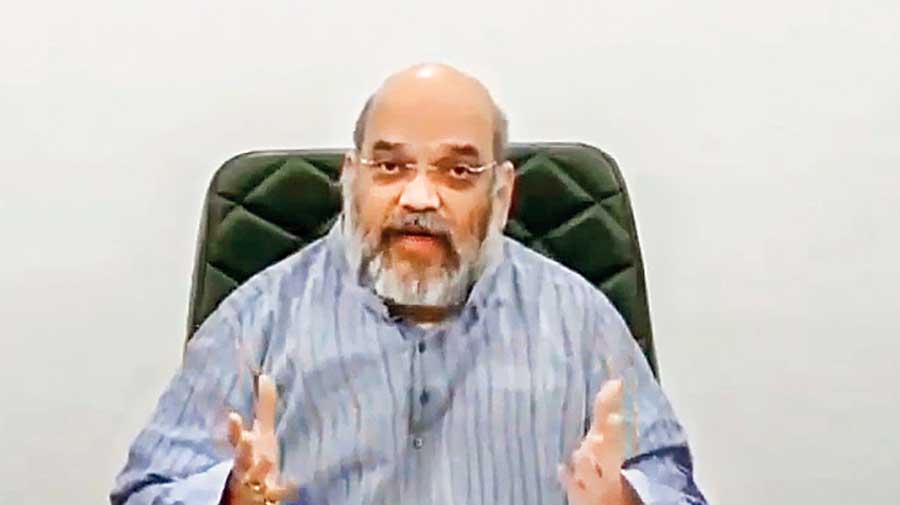 Union home minister Amit Shah on Sunday made a strong pitch for northeast as a must-see tourist destination while inaugurating the “Destination North East-2020”, an annual event of the Ministry of Development of North Eastern Region (DoNER) to bring the rest of India “closer” to the region.

Inaugurating the four-day event, organised on the theme “Emerging Delightful Destinations” through a videoconference, Shah described the region as the “jewel of Indian culture” and had all the attributes to emerge as a sought-after tourist destination in the world.

The programme focussed mostly on tourism and coincided with ‘World Tourism Day’ on September 27.

“I have been to many places, tourist destinations but northeast is unparalled — its natural beauty, its diverse culture, language and its people. They have struggled hard to retain their culture and identity. India is incomplete and unimaginable without the vibrant and diverse culture of our Northeast region. Northeast is the jewel of Indian culture... I am of  the firm belief that the region will become the tourist destination for the world,” Shah said.

He also took the opportunity to convey the Centre’s commitment to develop the region, the massive jump in allocating development jump and efforts to ensure peace. He said most pending issues have been resolved by the Narendra Modi government and efforts are on to resolve the remaining by 2024. The Centre wants to see the region as a hub of IT, tourism, organic farming and education by working together with states and its people.

Shah further urged DoNER minister Jitendra Singh to host the next edition in his Lok Sabha constituency Gandhinagar so that people of the northeast and his state Gujarat becomes familiar with each other. This fest will play a pivotal role in promoting tourism and culture of the northeast all over the nation, he said.

Besides Shah, the inaugural event was also attended by the chief ministers and senior bureaucrats of the region, Dr Inderjit Singh, secretary DoNER and members of the Northeastern Council, among others.

Jitendra Singh, like Shah, was also betting big on the tourism potential of the Northeast.

With its rich handloom and handicraft traditions, cultural heritage and high literacy rate, the region has much to offer, Singh said.

He was optimistic that, when the Corona pandemic subsides, tourists who were earlier holidaying in Europe would flock to the Northeast, bring prosperity, thereby unlocking the potential of the region so that it becomes the New Engine of growth for the country, as envisaged by Modi.

On September 26 while unveiling the logo and song for the event, Singh had said the region will be one of the favourite tourist and business destinations of India post Covid-19 and will be an important engine for Prime Minister Narendra Modi’s clarion call of Atmanirbhar Bharat by focussing on “Vocal for Local”.

He said the event is also an effort to make everyone explore the Local Destinations rather than going anywhere abroad. Singh said that people should take a pledge to Visit Local, Travel Local and Explore Local thus giving a boost to the local tourism and hospitality industry.

Arunachal Pradesh chief minister Pema Khandu on Monday hinted at re-opening the doors of the frontier state for tourists after October while following laid down Covid-19 guidelines issued by the Center from time to time.