Advisory to avoid gatherings in Nagaland 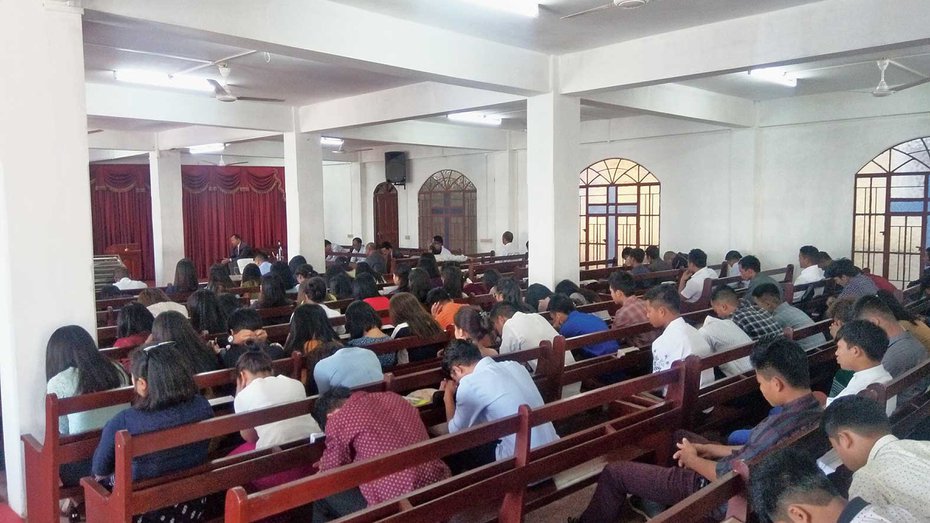 The Nagaland government on Tuesday advised the churches in the state to refrain from holding any religious congregation of any kind, which may see gatherings of large number of people during the lockdown period, in the interest of public health and safety.

The principal secretary, home, Abhijit Sinha, issued the advisory following reports of some churches holding services on Sundays, which saw congregation of large number of people.

Such religious congregations are a serious threat to public health and safety, the advisory said.

In another development, the Nagaland cabinet, in an effort to prevent and combat Covid-19 pandemic, on Monday decided that the medical personnel, including doctors, nurses, technicians and paramedics, who may be retiring but whose services may be required and are willing will be allowed to continue for three months, subject to review according to the situation.

It allowed the health and family welfare department to fill the existing vacancies of doctors, nurses and paramedics on contingency basis.

The department was also authorised to engage medical personnel, as the need arises, regardless of sanctioned cadre strength for fixed period to tide over the crisis.

The cabinet said all appointments of medical personnel are to be done in a transparent manner and on strict terms and conditions to avoid future complications.

It said the state chief secretary will finalise the criteria and the manner of such engagement and the level of approvals for various categories.