“Will BJP leaders answer how they used the Rs 245 crore that was allocated to turn Agartala into a smart city?" the MP asked 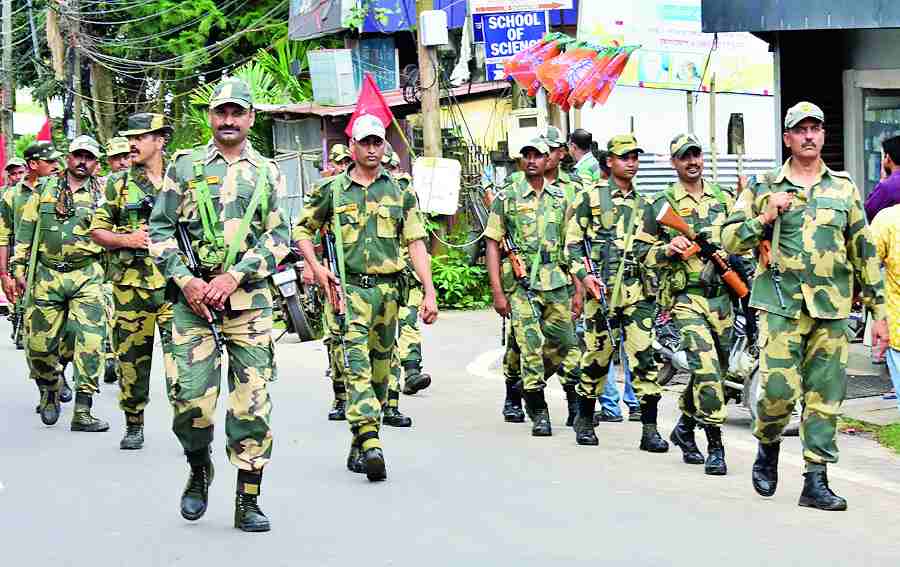 Addressing the media in Agartala, as part of his campaign for the June 23 bypolls in four Assembly seats in Tripura, Abhishek said people of the state wanted a “transition” in 2018 after 25 years of the CPM-led Left Front rule and believed in the “promises of double-engine government” thinking it would “promote” growth.

But the BJP has failed to deliver on any of its promises, the Diamond Harbour MP said.

“They (BJP) proudly declare that they have turned Agartala into a ‘smart city’. But the reality is that if it rains even for an hour, people have to wade through chest-deep water. Trinamul workers are working on the ground, while MLAs or the CM remain missing in action. (During the recent waterlogging), the CM was virtually monitoring the situation from the secretariat but our workers were with the people,” Abhishek said, referring to the June 17 deluge in Agartala.

The capital city was inundated because of incessant rain on Friday, the highest ever rainfall received by the capital in the month of June, the government had said.

Abhishek asked: “Will BJP leaders answer how they used the Rs 245 crore that was allocated to turn Agartala into a smart city? Where did this money go? Why are the roads in such a bad condition?”

This is the Trinamul leader’s second visit to Tripura since June 14 to mobilise support for his party, which is trying to emerge as an alternative force in next year’s Assembly polls. It does not have an MLA in the present 60-member Assembly.

Abhishek on Monday also attacked the ruling BJP over issues of unemployment, underdevelopment and accused the government of creating an atmosphere of fear since it came to power in 2018 in alliance with the IPFT.

The byelections will be held in Agartala, Town Bardowali, Surma and Jubarajnagar. Barring Jubrajnagar (CPM), the other seats were won by the BJP in 2018.

The bypolls assume significance for all key players — BJP, CPM, Congress and Trinamul — because it comes ahead of the 2023 Assembly polls.For the BJP, the stakes are also high because incumbent chief minister Manik Saha, who had replaced Biplab Kumar Deb in May, is contesting from Town Bardowali. He has to win to continue in the post.

Trinamul on Monday filed a writ petition before Tripura High Court on Monday, seeking immediate security for all members, supporters and leaders of the party as well as residents of the state before the bypolls and removal of Saha’s advertisements from official portals and websites of the Tripura government.

Pre-poll violence has increased in the run up to the bypolls, Opposition parties have alleged. Congress leader and candidate from Agartala — Sudip Roy Barman – was attacked on Sunday night. He has been admitted to a private hospital.

The Congress has accused BJP goons of being involved in the attack. The BJP has said it was a drama staged by Barman since he would lose the bypoll. Police have registered two FIRs in the case.