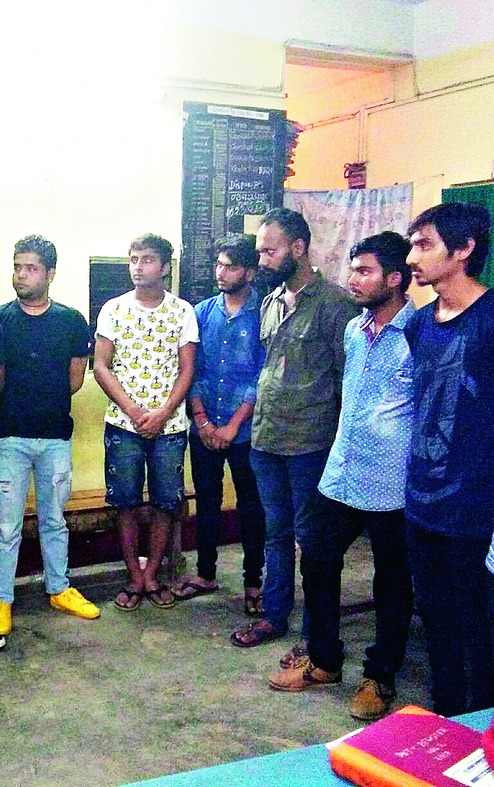 The call centre was being run from AD Tower located at Lalmati in south Guwahati. Police said the persons have been involved in money laundering and fraud for the past nine months.

"According to our preliminary investigation, this is an international racket. They had set up a full-fledged call centre here and we also came to know that there are many such call centres being run by this racket in various part of the country. They make calls to tax payers in the US from this call centre and try to sell them some credit vouchers in the name of Internal Revenue Service of the US," assistant commissioner Mousumi Kalita, who carried out the operation, told The Telegraph.

Kalita said after being produced in court the men were taken to two days' police custody. During the operation, the police seized a laptop and some documents from them. The call centre property will be seized tomorrow by the police with the help of cyber experts, Kalita said.

The Enforcement Directorate (ED) today obtained permission from the designated PMLA (Prevention of Money Laundering Act) court here to interrogate Kujendra Doley, secretary of Assam irrigation department, who is lodged in the Central Jail at present.

The ED recently registered a money laundering case against Doley, who was allegedly caught red-handed by officials of the vigilance and anti-corruption bureau of the state police from his office chamber in Dispur while accepting Rs 15,000 from a contractor for clearing his pending bills on March 28.

The ED probe will focus on identifying the money and immovable assets amassed by Doley through corrupt means and to seize them.

ADDITIONAL REPORTING BY A STAFF REPORTER