'Warrior Moms' to spread the word on perils of climate change, air pollution 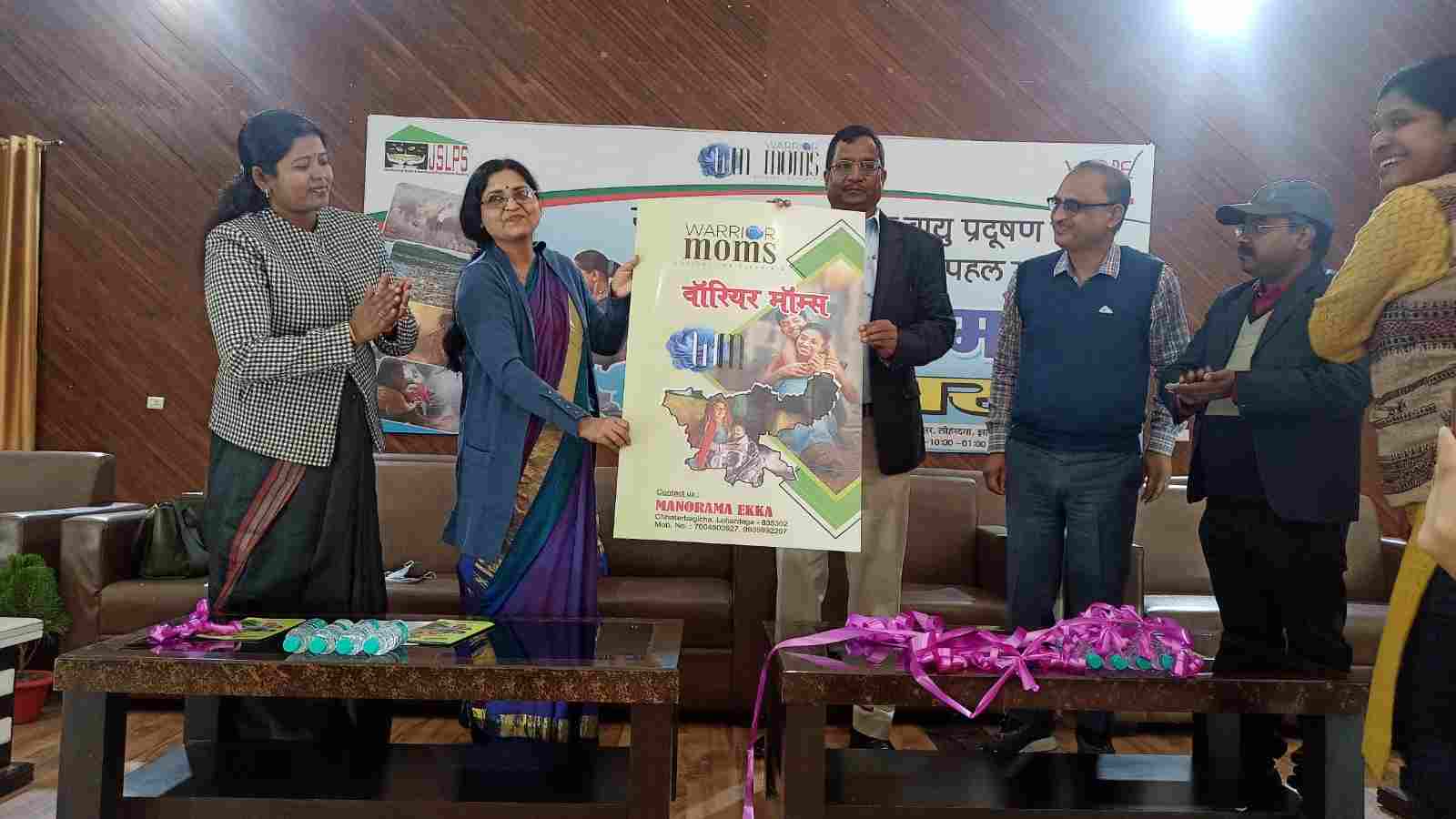 Lohardaga deputy commissioner D. K. Toppo with others during the launch of the Warrior Moms campaign on Thursday.
Telegraph picture
Our Correspondent   |   Ranchi   |   Published 02.12.21, 07:17 PM

A Jharkhand district has launched "Warrior Moms", a band of women who will be the flag-bearers of a campaign to build awareness on climate change and fight air pollution with the express intention of building a better future for children.

The campaign was formally inaugurated in Lohardaga on Thursday by deputy commissioner Dileep Kumar Toppo in the presence of over 500 women belonging to self-help groups (SHGs) who had come there from various parts of the district The initiative is being spearheaded by Jharkhand State Livelihood Promotion Society (JSLPS), an arm of the state rural development department.

Toppo led the gathering to pledge support to solutions to improve access to clean fuels in households and sensitise women and children.

Manorama Ekka, a Warrior Mom and Managing Trustee of Hope, one of the co-organisers of the event, said: “Warrior Moms is a national level mothers movement, where women have come together to advocate for their children’s future as there is insufficient action from  decision makers on the issue. Fighting climate change and air pollution is going to be critical in the next decade, as it will define the future we are going to have.”

The launch of the campaign comes at time when Jharkhand is also feeling the pangs of climate change and air pollution that are both impacting health and livelihoods.

The issue assumes importance for women as the recently released National Family Health Survey-5 suggests that only 31.9 per cent households in the state have access to clean fuel for cooking. It is much worse for rural areas, where the coverage is at a dismal 19.5 per cent, much lower than the all national level where 58.6 percent total households and 43.2 percent rural households have access to clean fuel for cooking.

An awareness session on health impacts of biomass burning in households and possible solutions was also held. Members of SHGs raised their concern regarding indoor air pollution and also on deteriorating water bodies, soil and forests due to climate change. The session ended with a commitment to grow Warrior Moms across villages in Lohardaga and across the state.

“There was a consensus among the women that there is a need to act now to protect women’s health from pollution and the future of the state from the extremities of climate change,” remarked JSLPS’s district programme manager Prakash Ranjan. “This is an opportunity for Jharkhand to champion the role of women's SHGs in fighting the crisis of climate change and air pollution. JSLPS will help spread the message of Warrior Moms to every household in Lohardaga and elsewhere,” he added.