War of words over iron ore auction in Jharkhand 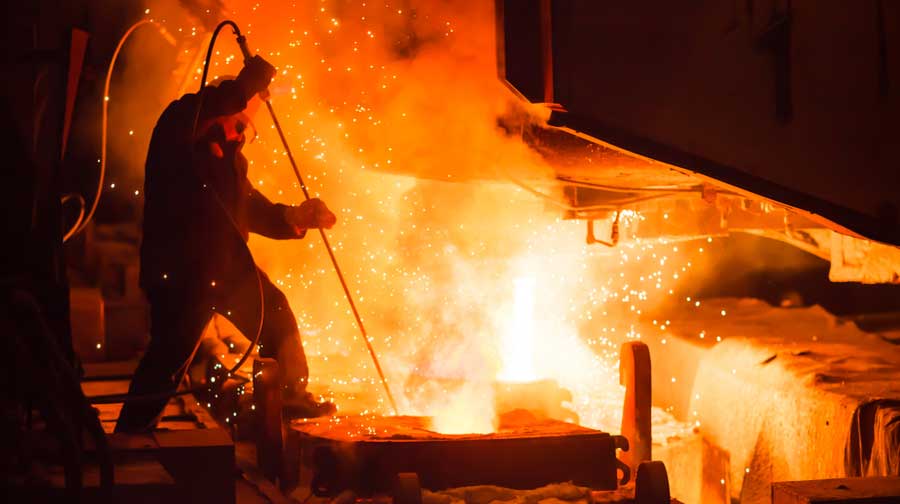 The state government entrusted the Jharkhand State Mineral Development Corporation to auction the iron ore stock and realise the amount. Accordingly, the corporation floated a tender notice for the purpose and invited bids to be sent till June 23, which has been now extended to July 2.
Shutterstock
Achintya Ganguly   |   Ranchi   |   Published 18.06.21, 01:46 AM

The Opposition BJP on Wednesday urged the Jharkhand governor to scrap the tender process for auctioning iron ore leading to a strong rebuttal from the ruling alliance.

State BJP chief and Rajya Sabha MP Deepak Prakash met governor Draupadi Murmu at the Raj Bhavan in Ranchi and handed over a letter requesting her to scrap the tender process for auctioning iron ore stock at Thakurani mine in West Singhbhum district.

Prakash later told mediapersons at the state BJP headquarters that the auction would allegedly serve some vested interests and cause a financial loss of Rs 40 crore.

He accused the ruling UPA government of giving “loot ki chhut (licence to plunder) of the state’s resources like sand, coal and iron”. The lease for mining at Thakurani mine was granted to one P.K. Jain, which was cancelled in 2019, and a fine of Rs 334.47 crore was imposed on the lessee for the violation of mining norms.

The state government entrusted the Jharkhand State Mineral Development Corporation to auction the iron ore stock and realise the amount. Accordingly, the corporation floated a tender notice for the purpose and invited bids to be sent till June 23, which has been now extended to July 2.

The BJP, in its letter to the governor, alleged that the testing of samples from the site was done hurriedly and the grade of iron ore was shown to be of inferior quality. The party claimed the ore was actually of better grade, which would come to light after perusing other documents.

Prakash urged the governor to stall the auction process and to get the samples tested outside the state for ascertaining the actual iron ore grade.

“Auctioning the ore stock, estimated to be about 1.02 lakh tonnes, by showing it is of an inferior grade would reduce its value by about Rs 40 crore,” Prakash told reporters. “The state exchequer was being forced to make a loss just to serve certain vested interests,” he alleged.

The ruling JMM and the Congress both rejected Prakash’s allegations. “Illegal mining of all sorts was rampant during the rule of the BJP-led government in the state,” JMM general secretary Supriyo Bhattacharya said.

“Deepakji should remember that the then cabinet minister Saryu Roy (who later left the BJP and became an Independent MLA) had alleged irregularities by the Raghubar Das government in the case of Shah Brothers (the firm which was allowed to sell the iron ore stock leading to protests),” he said.

“Actually, the present government has stopped illegal mining and started investigating some cases,” he further said, adding the BJP was trying to divert people’s attention from these probes.

“Prakash has a habit of commenting on everything, be it the theft of a cycle or an incident in the US,” he added.

“Let alone the Shah Brothers case, even the bridges constructed during the BJP rule are collapsing within five-six years. You can judge the level of corruption they indulged in from this situation,” said K.N. Shahdeo, another Congress leader.