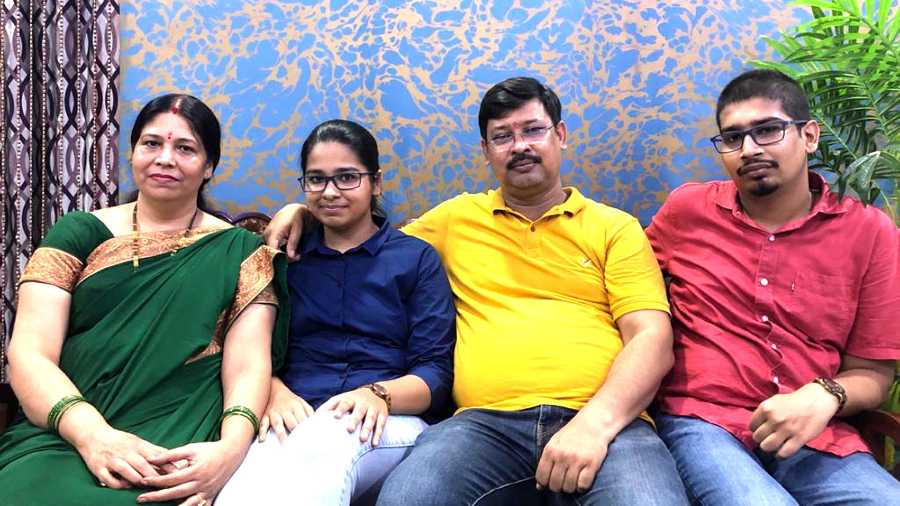 Two Class X students of Delhi Public School-Dhanbad, who emerged state toppers by securing 99.82 % marks each, say regular studies is what made it possible.

Talking to The Telegraph Online on Tuesday, Aditee Jha, daughter of pharmaceutical company owner CN Jha and Rinki Jha, said, “Regularity is the key to studies as one can’t achieve success through occasional efforts”

“I would also suggest to my juniors to shortlist topics on priority and complete them as per priority and also make regular revisions of the completed topics,” she said.

“As I have remained completely off social media during my entire studies and even stayed away from YouTube and video games, I would also suggest not to use social media platforms as it distracts attention from studies,” said Aditee, who gave full credit of her success to her school teachers who helped her to clear all doubts even during the online classes.

Manish Kundu, son of station manager of Netaji Subhash Chandra Bose Gomoh Station Tapas Kumar Kundu and homemaker Aparna Das Kundu, also laid the emphasis on concentration on class studies. He said, “I felt that online classes are more efficient than than offline classes as there is no wastage of time in terms of waiting for teachers and attendance requirement etc. There is less commotion compared to off line classes”

“Concentrating on NCERT books as base book is an old and trusted rule of preparation for board exams. I also followed the rule while carrying out self study," said Manish, who said he owed his success to his school teachers and parents.

When asked whether he felt that offline examinations would have been better, he said, “As the results have been published primarily on pre- board examination basis, which were held offline, we have never felt that we didn’t get opportunity to appear for offline exams.”