Strict vigil by forest department at Dalma sanctuary pays off 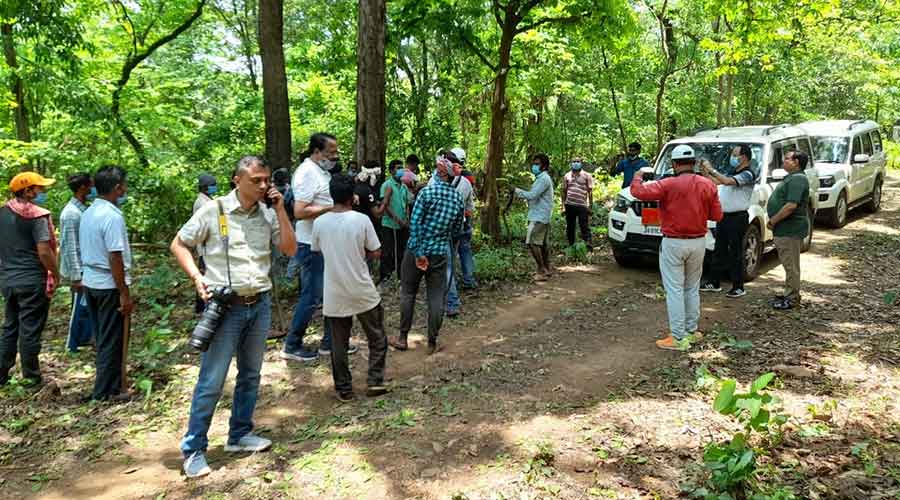 Sendra, the annual tribal hunting festival, passed off peacefully sans any casualty of animals at Dalma wildlife sanctuary on Monday.

The forest department had made elaborate security arrangements to prevent the entry of tribals into the elephant abode. Though a few did manage to slip into the sanctuary, the foresters convinced them not to hunt animals and leave the area.

Dalma divisional forest officer Abhishek Kumar confirmed that no animals were killed and the festival was observed in a symbolic manner. "We had tightened the security apparatus across the sanctuary," he added.

According to him, they had held a series of meetings at the surrounding villages before Sendra to create awareness and importance of wildlife and forest conservation. An appeal was also made to Dolma Buru Sendra Samity chief priest Rakesh Hembrom to refrain from ritual hunting and undertake only prayers.

"We operated in close coordination with the district and police administration. Correspondence with DC, SSP, Commissioner and DIG was also made. A control room was also established as per directives of Principal Chief Conservator of Forest. A recce was done by field staff and foresters on Sunday along sensitive zones and drains and streams for finding nets and and traps. However, no such items were found," Kumar informed.

The DFO said they ensured no animals were killed by keeping the sentiments of tribals in mind. "Besides the pandemic, we were also alert over the presence of elephants inside the sanctuary which called for additional precautions, he said, adding patrolling was conducted from Sunday morning till late Monday afternoon.”

DBSS chief priest Rakesh Hembrom said they had pledged to not kill innocent animals. "We performed customary puja at Fadlugora village. We had also asked our tribal brethrens to not kill animals and also follow Covid guidelines," he added.