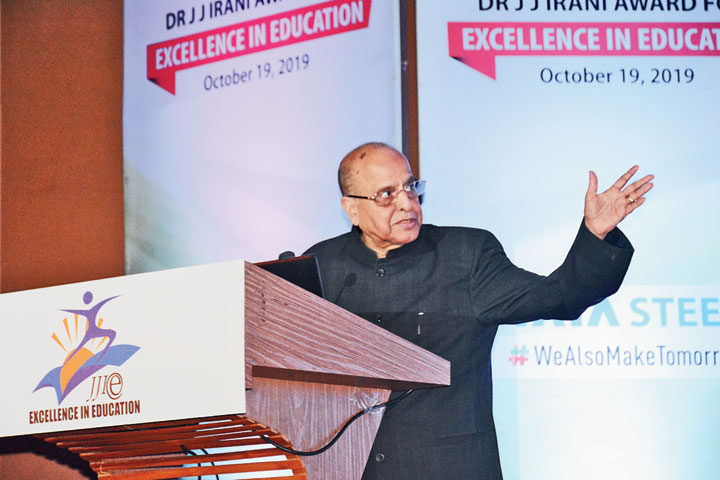 This year, too, the school scored over 600 out of 1,000 marks to claim the award under the Tata Steel Education Excellence Programme (TEEP), which was launched in 2003. The award was handed over at a function organised at Fasy Auditorium in Loyola School.

Kerala Public School, Gamharia, and RMS High School, Balichela, were awarded certificates of participation while AIWC Academy of Excellence and Baridih High School were awarded for strong commitment towards excellence.

The schools are judged based on the US Malcolm Baldrige Assessment System for academic standards.

K. Kasturirangan, former chairman of Isro and chairperson of the drafting committee of the National Education Policy, was the chief guest at the event.

Shedding light on the draft National Education Policy, Kasturirangan said: “The government had asked us to formulate the draft as per the country’s requirements keeping in mind the next 20 years. There were so many components such as industrial and geographical requirements that were to be kept in mind to try and find an optimum solution. Since the draft was made public, we received around two lakh responses that we had to address. However, I am thankful that it was accepted by the public at large.”

He said the country needed more trained teachers at the primary level to help students build a strong foundation.