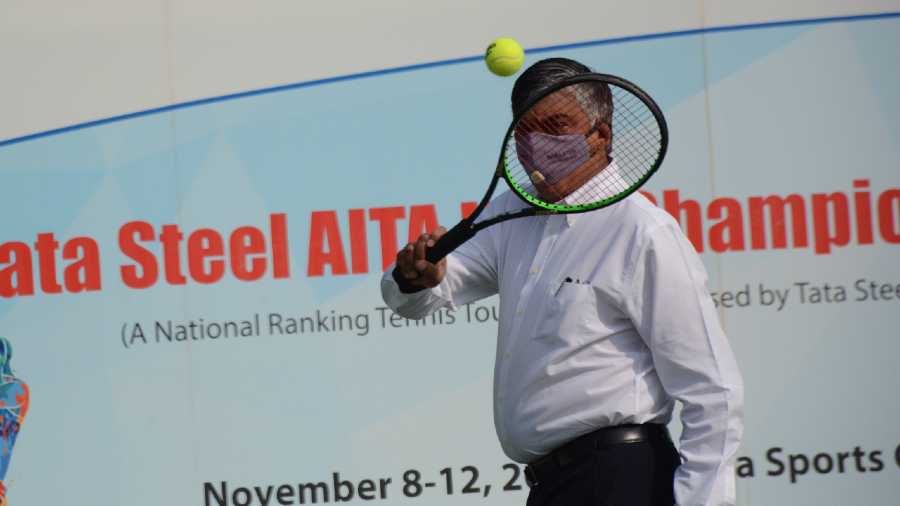 Top seed Shagnik Bose (Bengal) and Steven Ankit Ekka (Odisha) sailed into the second round of the boy's singles category in the Tata Steel-All India Tennis Association (AITA) Championship Series 2021, which began at the JRD Tata Sports Complex on Monday.

The event made a remarkable return after a decade in the steel city.

Earlier, the tournament, a junior national ranking tennis event for the age group of Under 18, was inaugurated at the deco turf by R.N. Murthy, managing director of The Tinplate Company of India Limited in the presence of Mihir Kumar Bhadra, secretary of Jharkhand Tennis Association in the presence of Jamshedpur FC CEO Mukul Choudhari and officials of Tata Steel sports wing. The event will conclude on November 12.

The tournament got the go ahead after ensuring that all the safety measures and protocols were in place.

The top 2 seeds in boy’s singles, Shagnik Bose and Keshav Goel, are from the neighbouring state of Bengal. The girl’s singles category also reflects a similar picture where the top 2 seeds, namely Sumeira Jaiswal and Rituja Saha are also from Bengal.

Along with some of the top ranked players from different parts of the country, Jharkhand participants are also expected to make a mark in this championship, since six (6) players have booked a slot for themselves in the Main Draw. They are Subhrodeep Bhattacharya, Vinayak Agiwal and Siddharth Verma in the boy’s section whereas Anshika Raj, Swati Verma and Aditi Saha in the girl’s category.