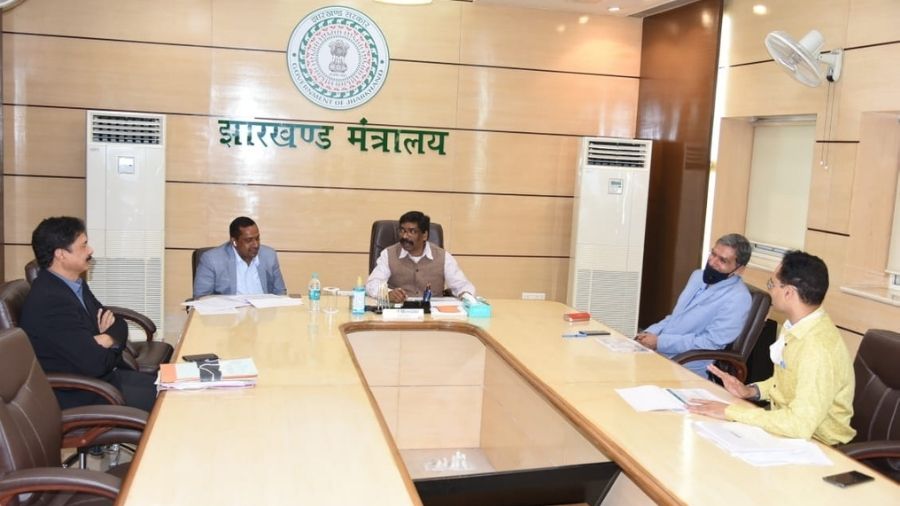 Jharkhand is set to conduct its second round of dry run of Covid-19 vaccination protocols on Friday with state health minister Banna Gupta assuring Union health minister Harsh Vardhan that infrastructure and personnel arrangements were in order for the roll out of the immunisation campaign in the state.

“We have identified about 1.25 lakh priority beneficiaries for the first phase of vaccination in the state. An equal number of syringes have been readied and health workers will get the doses in the first phase. For smooth execution, over 7,000 volunteers have been empanelled across the state and as many as 1,672 vaccination centres have already been identified and prepared. We are only waiting for a formal go ahead from the government and vaccine stocks, Gupta told Vardhan at a video conference on Thursday.

For Friday’s drill over 1,500 people would be involved. “We will cover all aspects of the vaccination covering transport and logistics to vaccine administration, crowd control and supervision,” said an official in the vaccination task force.

He said special attention would be given to handling of the Co-Win app devised for the Covid-19 immunisation programme since it is to be operated on real time basis.

“The Co-Win app will be the central platform for tracking the entire vaccination drive right from Centre to states and district levels. Hence, its usage will be key for ensuring a transparent vaccination programme. Equally important will be uninterrupted power and internet back-up to run the application for which all districts have been asked to keep alternative sources ready in case of glitches,” he added.

Kulkarni said 99.89 lakh people had been identified so far in Jharkhand and put on various priority lists for administering the vaccine.

All beneficiaries would be provided digitised vaccination certificates.

On cold storage facilities, Kulkarni said that 275 storage points had been earmarked in the state. “Besides one state and two regional warehouses, storage facilities have been set up in every district and at 248 community health centres across the state,” he said.

In Ranchi, deputy commission Chhavi Ranjan also held a meeting with health officials and representatives of private hospitals in the morning.

Civil surgeon V.B. Prasad said the purpose of calling representatives of private hospitals and nursing homes was to keep them in the loop and apprise them of standard operating procedures (SOPs) laid down by the Centre for the Covid-19 vaccine programme. “In future, we will also require support from the private health sector when the vaccination programme is carried out among the masses,” he said.

Prasad said Friday’s dry run would be held across the state. “Sadar hospital and all community and primary health centres in Ranchi will hold dry runs tomorrow (Friday),” he said.