The vehicle owner, a material supplier of Tata Steel, also found a note near the car asking him to pay extortion money 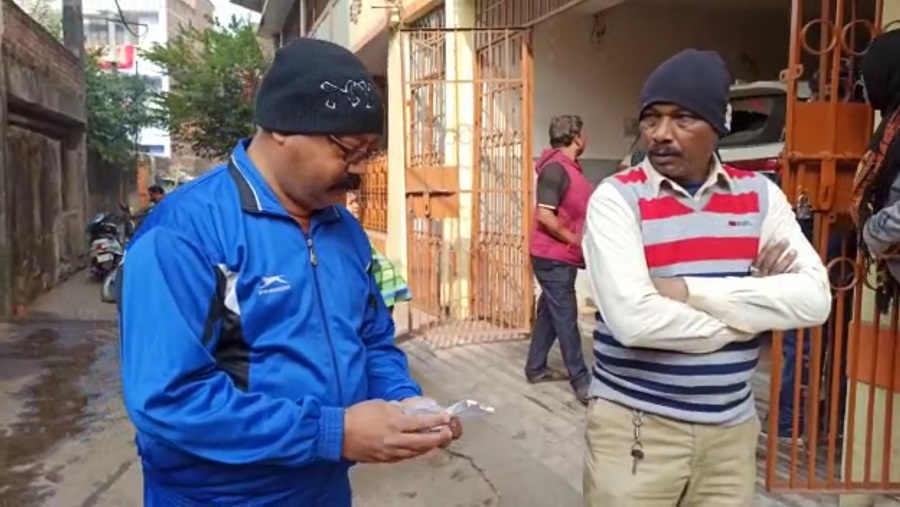 Unidentified criminal shot at a stationary SUV in Shastrinagar area, under Kadma police station late on Friday night, triggering fear and panic in the densely-populated locality.

Of the three shots fired at the car, one of the pellets remained stuck in the vehicle's rear seat with a threat letter found lying near the vehicle. The rear windscreen was also ruptured partially.

The vehicle owned by Rishikesh Chandra was parked inside the garage of his house at Block No 4 in Shastrinagar.

Concerned with the criminal act, the vehicle owner, who is a material supplier of Tata Steel, lodged an FIR with the Kadma police station on Saturday morning, leading the police to start an investigation.

A CCTV camera installed in front of the house captured the act of firing.  The police have taken the footage in which one lone youth was seen going over to the place where Chandra's house is located and returning on foot.  Sound of gun-shots has also been captured in the footage around 11 pm.

The gun-shot rear windscreen of the SUV of Rishikesh Chandra at Shastrinagar in Kadma on Saturday.
Bhola Prasad

In the letter that was found near the vehicle, the victim was asked to pay `rangdaari' (extortion money) or be ready to die.

The man who was seen in the CCTV camera footage is tall with his face partially covered as he had put on a hoodie jacket.

Deputy superintendent of police (headquarters-II) Arvind Kumar who looks after the Kadma area confirmed about the shooting at a stationary SUV.

"It appears that some criminals tried to instigate fear in the mind of the vehicle owner who is a Tata Steel supplier.  We have obtained the CCTV camera and are trying to detect the person involved in the crime," said Kumar while talking to The Telegraph Online.

The DSP also said that the content that was found near the car was intimidating, probably intended to create fear in the mind of the victim.

Police have detained more than one suspects and are trying to detect the person responsible for the incident by interrogating them.

Chandra (55) said he has no enmity with anyone and such act must have been committed by some local criminal with an intention to extort money.

"From the kind of act, it appears that the person involved in the crime is a local man.  Such incidents are on the rise in Kadma locality.  Let the police detect the criminal," Chandra said while talking to this website.