Jayvardhan Singh, district general secretary, was said to be contender for parliamentary elections; party delegation to meet DGP on Monday over law and order concerns 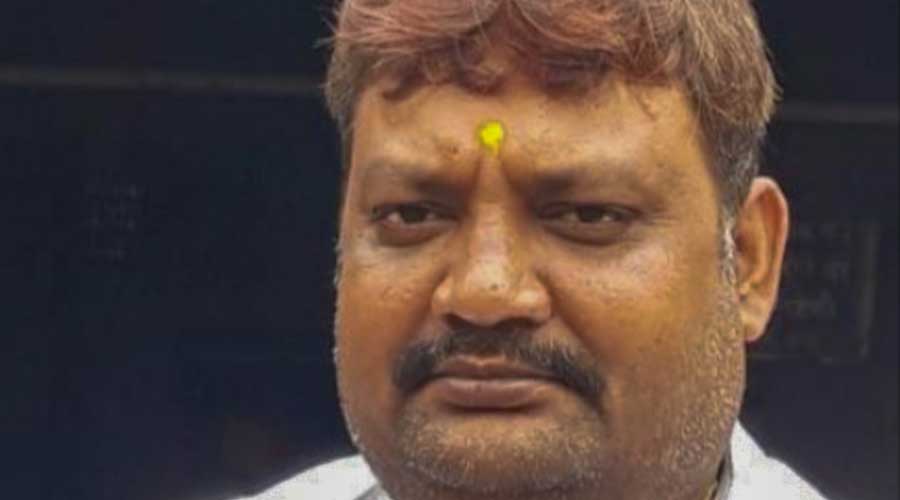 Senior BJP leader Jayvardhan Singh, said to be a contender for the parliamentary elections, was shot dead at point-blank range in Latehar’s Barwadih block on Sunday evening, triggering a hue and cry in the Opposition over the deteriorating law and order situation in UPA-led Jharkhand.

Two armed assailants shot dead Singh, a district general secretary of the BJP in Latehar, near Pragya Kendra in Barwadih around 7.30pm on Sunday, police said.

According to sources, two criminals came and shot him and he was killed on the spot.

Local residents chased the culprits but they escaped from the main road to the market.

“He was shot in the neck and died on the spot,” Latehar superintendent of police Prashant Anand told The Telegraph Online.

“We are investigating the case. It is too early to comment on the motive behind the murder,” he added.

A highly-placed source in Latehar police said Singh was a contractor and he may have developed rivalry with local gangs in the course of his work.

The head of the Pragya Kendra, one of the eyewitnesses in the case, told the police that the perpetrators casually walked up to Singh minutes after he came to the locality, shot him dead and fired in the air as they fled.

The incident has triggered an uproar in the party fold, with senior leaders questioning the Hemant Soren-led government’s efforts to keep such crimes at bay.

A delegation of the  BJP, headed by the party’s state general secretary Pradeep Verma, will seek an appointment with director-general of police (DGP) M.V. Rao on Monday to voice their growing concerns.

BJP spokesperson Pratul Shahdeo on Sunday said incidents of Left Wing extremism and crime were on the rise in the state in the past six months.

“The government has been reduced to being a mere spectator to such incidents lately,” he said.