Stone pelting and clashes gripped Giridih when an estimated 10,000 people took out a pro-CAA procession 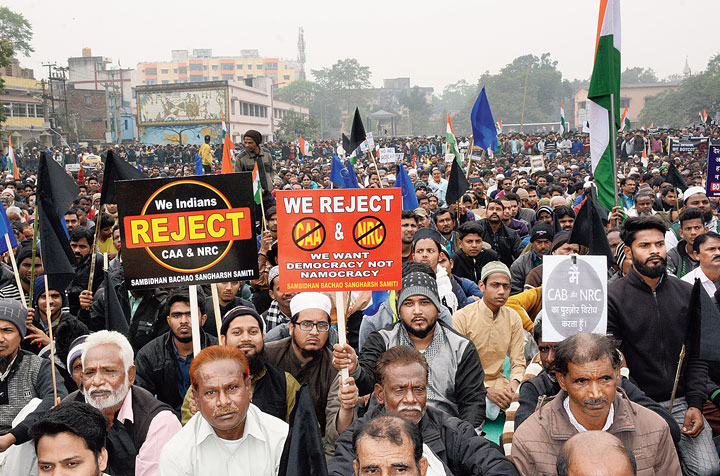 Section 144 of the CrPC has been imposed in sub-divisional areas in Giridih after tension gripped parts of the town for the second consecutive day on Monday.

Section 144 has been imposed in Jhanda Chowk, Muslim Bazar, Shiv Mohalla, Moulana Azad Chowk, Kali Bari, DVC Road and Station road. Internet and broadband services, however, have not been suspended.

Giridih deputy commissioner Rahul Kumar Sinha said: “Those who will try to spoil the atmosphere will not be spared. Arrests are being made and the situation is under control at the moment.”

Stone pelting and clashes had gripped the district headquarters town on Sunday when an estimated 10,000 people took out a pro-Citizenship (Amendment) Act procession.

The violence had erupted first in the Moulana Azad Chowk area on Sunday when unidentified people had started pelting stones at the procession, injuring dozens including police personnel.

Heavy deployment of police had ensured the violence could not spin out of control. More than two dozen people have been injured and more than a dozen motorcycles have been damaged.