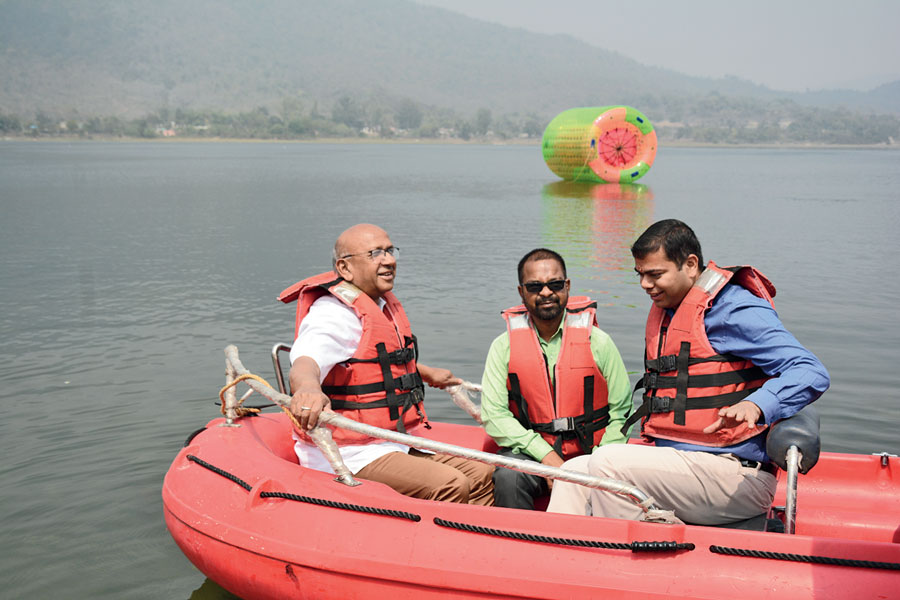 Independent MLA from Jamshedpur East Saryu Roy has suggested the Bihar formula for Jharkhand and other states on the contentious citizenship matrix issue.

Last Tuesday, the Bihar Assembly passed a resolution not to implement the National Register of Citizens (NRC) and held that the National Population Register (NPR) should be implemented “in its 2010 form” with one amendment in the state.

Former BJP minister Saryu Roy, who as an Independent defeated then CM Raghubar Das from his home constituency in the 2019 Jharkhand Assembly polls’ biggest upset, tweeted on Friday that the Bihar Assembly formula, where the Opposition and ruling parties in the NDA-ruled state passed the resolution, could be adopted in Jharkhand and other states to stop the violence and protests raging across various parts of the country.

Roy told The Telegraph on Saturday that he met chief minister Hemant Soren on Friday on this.

“I apprised the CM about my feelings on the matter along with few other like-minded MLAs. The CM assured me that he would take up the issue with legal experts and bring the issue in the Assembly at the earliest,” he said.

At the Bihar Assembly, which unanimously said no to the NRC and yes to the NPR in the old 2010 format, CM Nitish Kumar said that the CAA was a central law passed in both Houses of Parliament and now it was up to the Supreme Court to decide whether it was constitutional or not.

Nitish had pointed out that the new provisions in the NPR had questions related to parents’ date and place of birth.

“I studied the documents and found it to be true that the present questions, if retained in the NPR, will lend help to the NRC in the future. As far as place and date of birth of parents are concerned, people earlier did not pay attention to these things. Even I do not know the birth date of my mother,” Nitish had said.

Bihar became the first NDA-ruled state in the country to pass a resolution against the NRC and for the 2010 form of the NPR.

“We hope that the BJP MLAs in Jharkhand also toe the same line, if and when the resolution is brought in our Assembly as this is needed to end the mindless violence and protests going on in the country,” Thakur told The Telegraph on Saturday.

“At this moment, we are looking at the legal aspects on the issue in consultation with JMM leaders,” Thakur said.

“Our leaders have already started seeking legal opinion and discussions on this issue and soon everything will be clear,” said Bhattacharya.