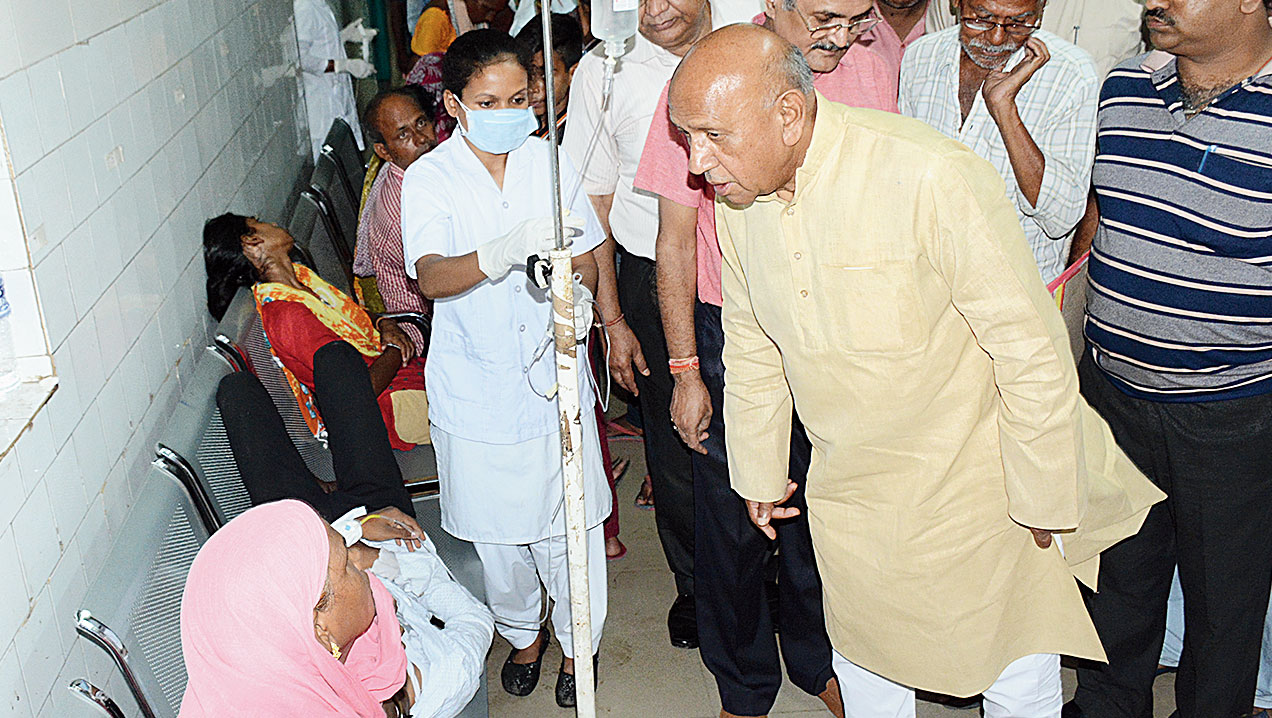 State food and civil supplies minister Saryu Roy blamed lethargic babus for the poor state of affairs at MGM Hospital, making public his displeasure with the functioning of the state government after a two-hour inspection of the Sakchi premises.

Roy, who reached the 500-bed hospital at noon, said he was appalled that the decision to create separate posts for officers to handle administration, finance and HR was yet to be implemented.

“The meeting where this was decided was presided over by the chief minister in January in Ranchi. However, more than five months later we are yet to see the creation of such posts which is affecting the functioning of the hospital,” the Jamshedpur West MLA said, adding that he would speak to the health secretary to expedite the matter.

At the Ranchi meeting, it was decided that doctors in medical colleges and hospitals should not be burdened with managerial work. After Thursday’s visit, Roy made it clear that he wasn’t satisfied with the cleanliness levels of the hospital.

“I cannot blame the hospital authorities as they are doing their best with the available resources. There are only 40 sweepers against a requirement of more than 100.

The minister also said that he would talk to the health secretary to expedite need based recruitments of medical and non-medical personnel.

“The health department is following Medical Council of India (MCI) criterions. But, MCI has said that hospitals in medical colleges can recruit personnel as required. I will take this up with the health secretary,” he said.