Delay in moving out ex-Jharia MLA from Dumka prison, court to hear case on Tuesday 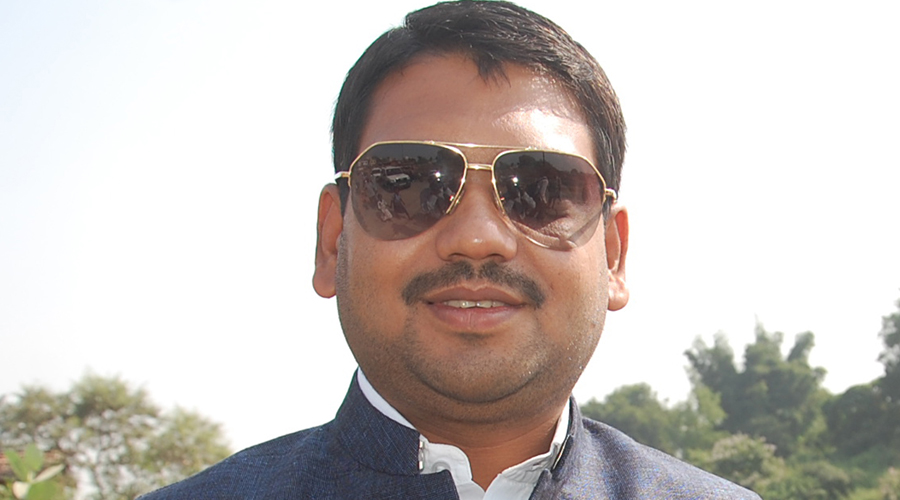 Sanjeev Singh's lawyer moved a petition in a local court on Monday against Dhanbad jail superintendent Ajay Kumar and IG (Prisons) Virendra Bhushan for violating its orders and delaying the transfer of the .former Jharia MLA from Dumka prison.

The court of Additional District and Session Judge IV admitted lawyer Md Javed's petition and said it would hold a hearing on Tuesday, March 2.

"The court in it’s February 25 order instructed the jail superintendent Ajay Kumar to transfer back Sanjeev Singh to Dhanbad immediately. It also observed that nobody was above the law whatever position or post he/she may hold and that the majesty of law should always be maintained," Javed told The Telegraph Online.

"As Sanjeev is yet to be shifted as per court orders, we have moved criminal contempt petitions against the jail superintendent, who was physically present during the court proceedings when the order was passed," he added.

Javed also pointed out that while the jail superintendent immediately acted on the February 20 executive order of IG (Prisons) and shifted Sanjeev to distant Dumka Central Jail on Sunday (February 21), he had not responded to the court order of February 25 to transfer him back to Dhanbad even after four days have passed. This, he alleged, indicated "disrespect" to the judiciary.

Jail IG Virendra Bhushan told the media he was yet to receive the court order of February 25 and added that he would take appropriate legal recourse after procuring the order.

Sanjeev Singh, arrested by Dhanbad police on April 11, 2017, as a key conspirator of Niraj Singh murder case of March 21, 2017, was transferred to Dumka jail by the Dhanbad jail staff on February 21 citing security reasons.

On behalf of Sanjeev, Javed filed two petitions in court on February 22. One petition challenged the transfer of an undertrial prisoner against an earlier high court order while the other demanded that a show-cause notice be slapped on the superintendent, Ajay Kumar.

On February 23, the court show caused the jail superintendent while hearing Javed’s petition and asked him to submit a reply on February 25. But on February 25, the court termed Kumar's reply as unsatisfactory and instructed him to immediately transfer Sanjeev Singh to the Dhanbad jail.