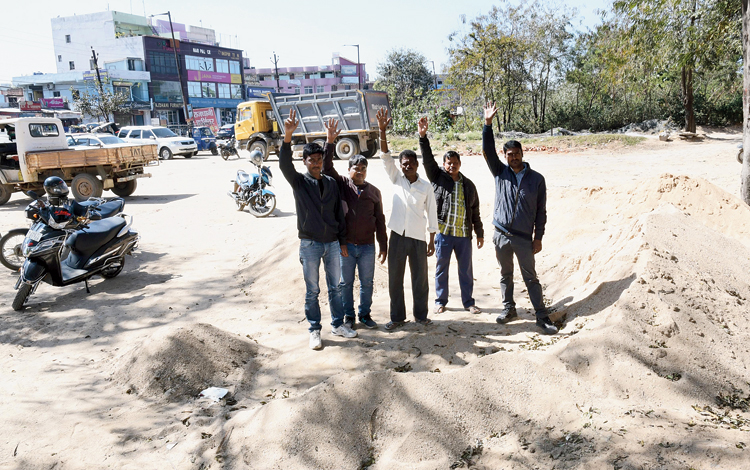 Sand, an important component of civil work, did not reach the Jharkhand capital on Tuesday as 500 truck and tractor owners engaged in the business of its supply went on an indefinite strike.

Harmu resident Bablu Kumar, who had ordered a tractor-load of sand for home renovation, said his work was affected due to the strike.

“I needed fine sand for plaster work but it was not supplied. When I called the supplier he expressed his inability saying he will take some time as his union, Ranchi District Sand Truck Owners Association, decided to go on strike to protest against administrative action against them,” Kumar said.

“As sand was not supplied today (Tuesday) at my worksite, I have decided not to continue construction of my house as without sand the work cannot happen. The 10 labourers who were getting a job at my construction site will become jobless from tomorrow (Wednesday),” he said.

“Sand banks in many districts have not been auctioned and we are facing problem in getting sand. When we manage it from other districts we are harassed on one pretext or another. There is only one stockist of sand in Ranchi while the requirement is much,” the transporter said, requesting anonymity.

A mason, Govind Kumar, said he did not get a job due to non-supply of sand. “Me and several like me did not get job today as we are useless without sand,” Kumar said.

“During the past three months we took several actions against illegal mining and illegal stockyards in the district. This put several suppliers in trouble and they resorted to this strike to mount pressure on the administration. However, steps are being taken to sort out the issue. Very soon work of auctioning sand banks will be done,” the DMO said.