Relief in sight for thirsty Mango

Currently, defective machine parts are sent to the mechanics for repair and water supply remains irregular till then 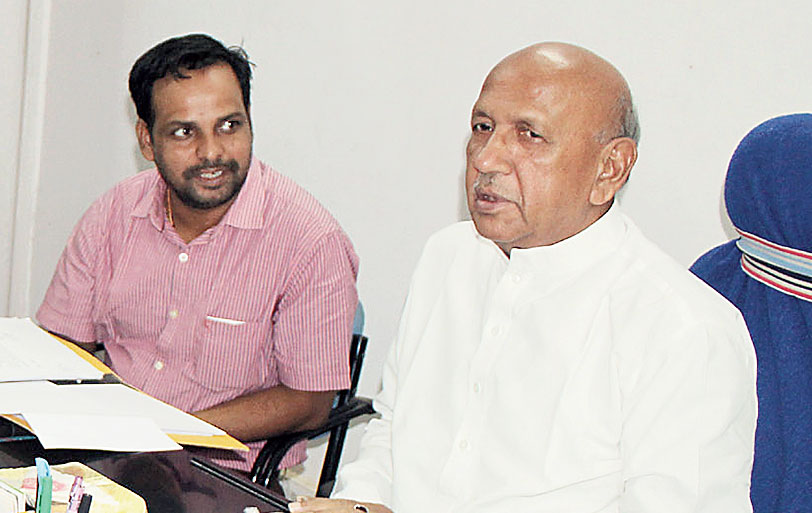 State food and civil supplies minister and Jamshedpur West MLA Saryu Roy on Saturday said the problem in the supply of potable water in Mango was likely to be resolved within a week.

Roy — under whose constituency Mango falls — held a two-hour meeting with the officials of Mango Notified Area Committee (MNAC) and the drinking water and sanitation department at the MNAC office.

Following the meeting, he said the authorities had promised to streamline water supply within a week, benefiting over 3 lakh residents.

Currently, defective machine parts are sent to the mechanics for repair and water supply remains irregular till then.

The minister said the state urban development department would grant funds to the drinking water and sanitation department for the stockyard in a few days.

“The department officials also said that a separate power feeder had been put up a few days ago to boost drinking water in Mango. JBVNL officials have been asked to ensure that there is no voltage fluctuations and they have ruled out the concern following the separation of power supply lines to domestic and industrial units two days ago. This will ensure round-the clock water supply in the Mango against twice a day at present,” Roy said.

The minister also issued a directive to MNAC and the drinking water and sanitation department to complete the second phase of the Mango drinking water project and ensure regular monitoring of water quality.

“The officials informed me that a water tower at Prithvi Park near Old Purulia Road was almost complete and the construction of another tower at Baliguma would resume soon after the green signal from the forest department. They said the project would kick-start by the end of this year/. This will bring relief to around 1 lakh residents of Baliguma, Dimna Basti and other areas. The officials were also asked to repair a leak in the water pipeline in Kharia colony immediately,” Roy said.

Incidentally, the first phase of Mango water project covering an area of 2sqkm was completed by early 2015 at a cost of Rs 64.18 crore. The second phase of the project worth Rs 34 crore is underway.