Advertisement
Home / Jharkhand / Rapid test conducted on 5,000 in East Singhbhum through the day

Rapid test conducted on 5,000 in East Singhbhum through the day 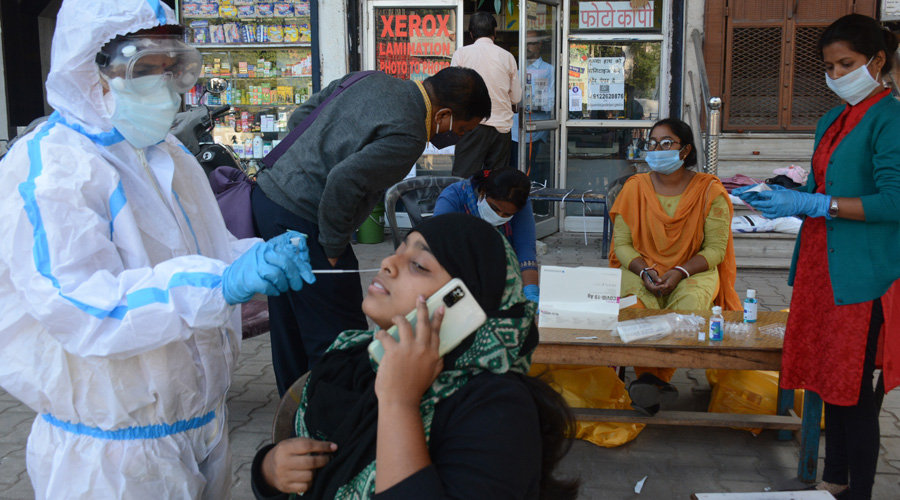 Commuters being made to undergo rapid antigen tests at Golmuri in Jamshedpur on Saturday.
Picture by Bhola Prasad
Pinaki Majumdar   |   Jamshedpur   |   Published 28.11.20, 06:40 PM

The East Singhbhum health department carried out 5,000 rapid antigen tests on men, women and children at markets and various other places to combat the spread of Covid-19.

The health department, which has set a target of conducting 10,000 on-the-spot tests on Sunday, carried out the testing drive at Golmuri, Sakchi, Mango and Bistupur. "The drive was also carried out in different rural blocks of the district," said R. N. Jha, the district civil surgeon.

According to Jha, they have set a target to carry out 15,000 tests in two days - Saturday and Sunday. He said they had intensified rapid antigen tests as a precautionary measure to prevent a possible second surge of infections after the festive season. 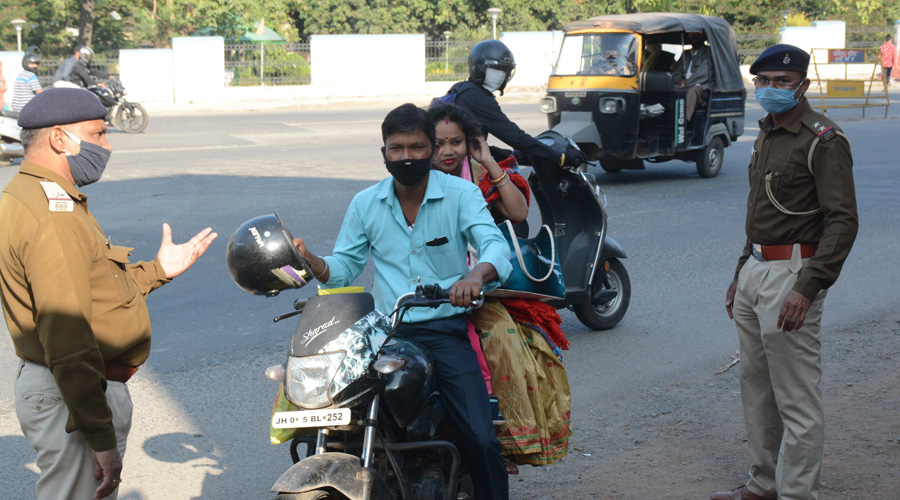 A policeman stops a family on a two-wheeler near a testing centre at Golmuri in Jamshedpur on Saturday.
Picture by Bhola Prasad

The drive which began at 10 am continued for about nine hours till 7 pm. It was supervised by Dhalbhum SDO Nitish Kumar Singh and special officer of Jamshedpur Notified Area Committee (JNAC) Krishna Kumar. As many as

300 medical personnel were engaged for the drive.

A rapid antigen test detects the presence of viral proteins (antigens) expressed by the Covid-19 virus in a sample taken from the respiratory tract of a person. The result of the test is made available within 15 minutes. But a confirmatory RT-PCR test is recommended for those who test positive.

The East Singhbhum district recorded 24 Covid positive cases and one death on Friday. The count of Covid fatalities in the district is now 351. East Singhbhum has accounted for the highest Covid casualties among all the 24 districts of the state so far.