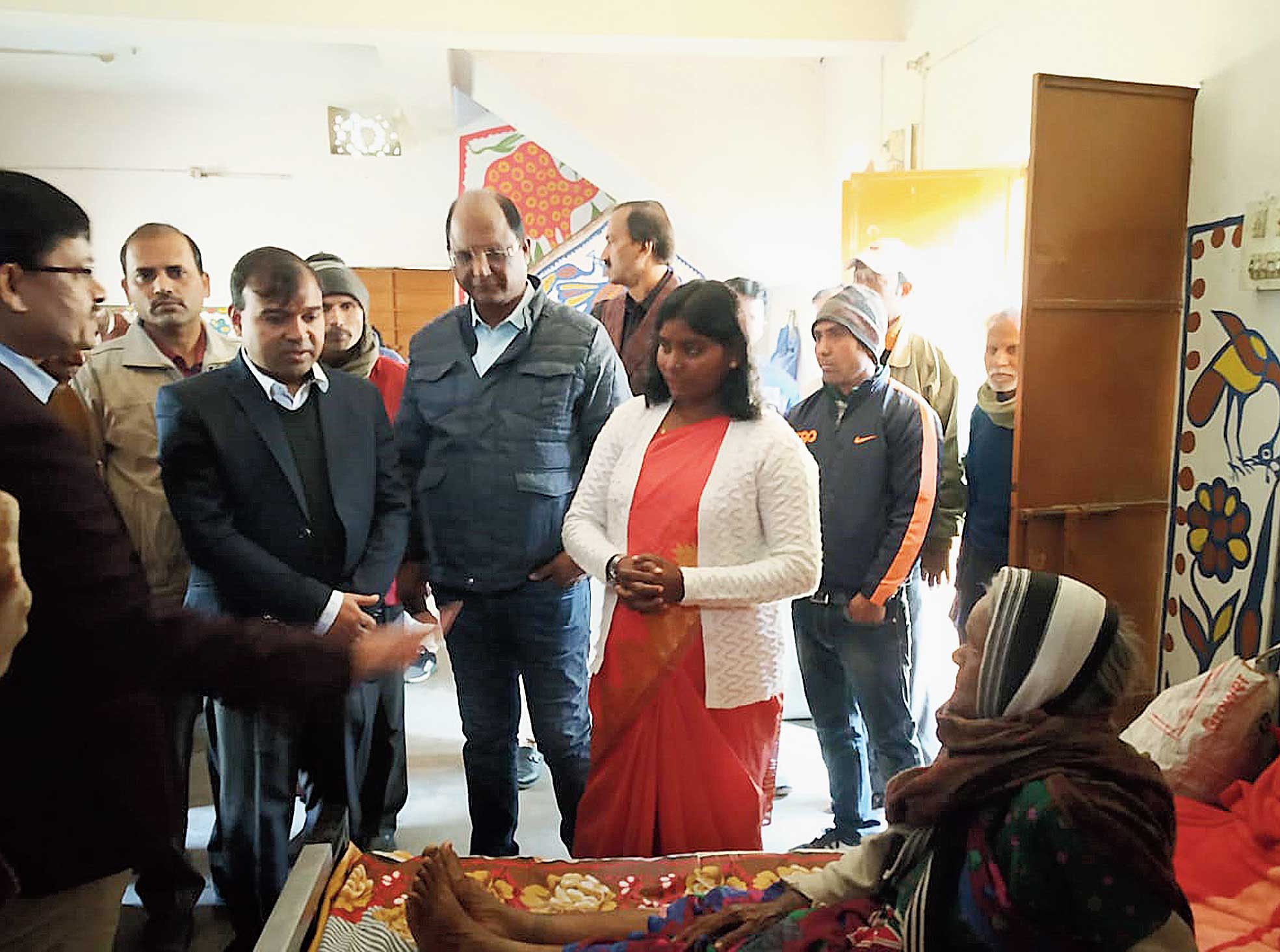 The double-storey shelter for the poor on RIMS campus, Raen Basera, has undergone a makeover.

The new-look shelter, inaugurated by mayor Asha Lakra on Sunday, has been equipped with proper beds, mosquito nets, pillows, tables, chairs, blankets and room heaters. The idea is to ensure proper rest to the relatives of poor patients at the state-run heal hub.

Lakra said it was the beginning of an upgrade process of shelters for the poor across the city. “There are as many as 13 Raen Baseras in the city, including the one on RIMS premises. The RMC has to equip nine more shelters with the necessary infrastructure within 10 days,” Lakra said.

Lakra said the bedsteads had been designed in a way that they could be used a storage boxes.

“Those staying at Raen Basera can keep their belongings in the box under the bed. Keeping the current harsh weather condition in mind, room heaters have also been fitted on the both the floors,” Lakra added.

Kumar said the entire exercise of would incur an expenditure of Rs 10 lakh.

“It will be of great help for the poor. Now they won’t have to sleep beside the bonfire under the open sky,” she said.

After the inauguration of the refurbished Raen Basera at RIMS, a staff was heard remembering RJD chief Lalu Prasad. “Raen Basera is Lalu Prasad’s idea. He is admitted to RIMS as a convicted prisoner at a time the civic body has taken such a nice initiative,” the employee said.